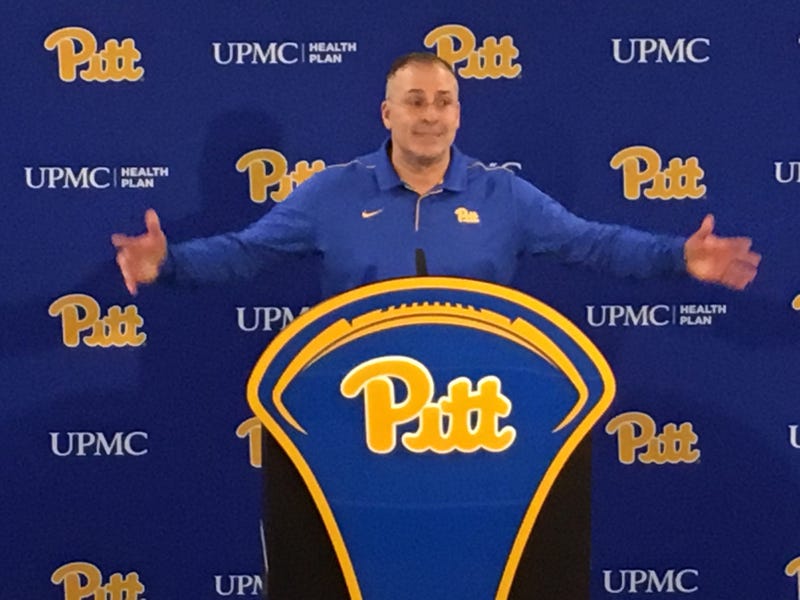 PITTSBURGH (93.7 The Fan) - Pitt football head coach Pat Narduzzi is emphasizing that he is not going anywhere.

After Michigan State’s head coach Mark Dantonio announced abruptly on Tuesday that he was stepping away from the program after 13 seasons.

Narduzzi was the defensive coordinator at Michigan State from 2007-2014.

Speaking with the press on Wednesday, during national signing day,  Narduzzi tried to stress that he is staying in Pittsburgh.

“It’s my ultimate goal to remain at Pitt,” said Narduzzi. “I count my blessings every day.”

Narduzzi said he has had conversations with a couple of players about staying at Pitt.

“I'm here to protect our program, saying the program is escalating. I work for the best AD in the country,” said Narduzzi.

Narduzzi said it’s the people at the university that also make him want to stay.

“I can call (athletic director) Heather Lyke any time and get what I need,” said Narduzzi.

“Rumors are rumors, I can't tell you what is happening up there. Dantonio is my head coach, I want to thank him and congratulate him for his exit from Michigan State.”

Pitt has gone 36-19 during Narduzzi's five years as head coach.