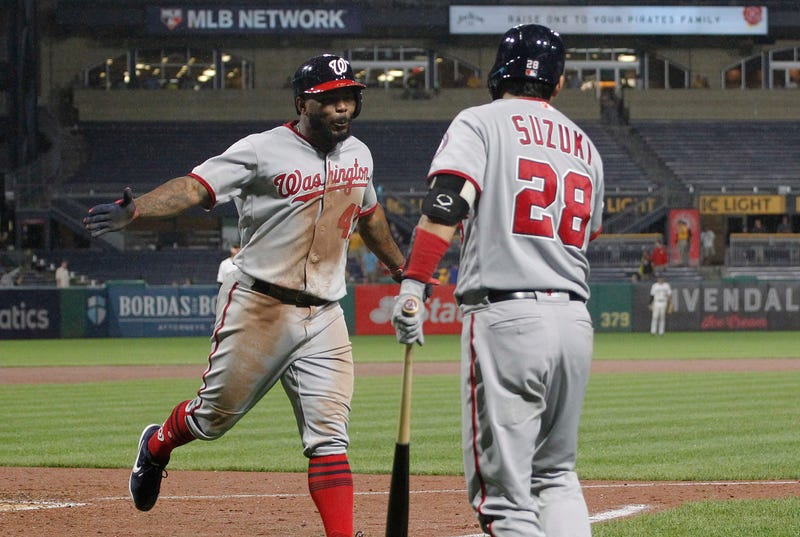 PITTSBURGH (93.7 The Fan) - The Washington Nationals score early and add on late as they defeat the Pittsburgh Pirates Thursday night at PNC Park 7-1 to take three of four games in the series.

After two of the first three batters of the game scored Thursday night for the Nationals, Pirates Starting Pitcher Steven Brault shutdown Washington for the next five innings, including retiring the last seven batters he faced.

"Diaz and I realized that these guys obviously look at scouting reports and what's happened before, they were swinging at fastballs early and I was throwing it over the plate so they were able to hit it," said Brault. "So made an adjustment quickly, going to more off-speed pitches and we were able to, first inning mitigate as well as we could and then the second inning keep the zero, took a lot of pitches, but I was committed to getting the zero there. You don't want to walk a lefty as a lefty to get to Rendon, that was not the plan, but it worked out. It's just about the eb and flow of the game and that's why I love starting so much, it's why I've always loved starting is being able to, you have to be able to, make adjustments throughout a game. I was fastball heavy at first, then we changed to more off speed and then as the game went on we were able to start throwing the fastball again."