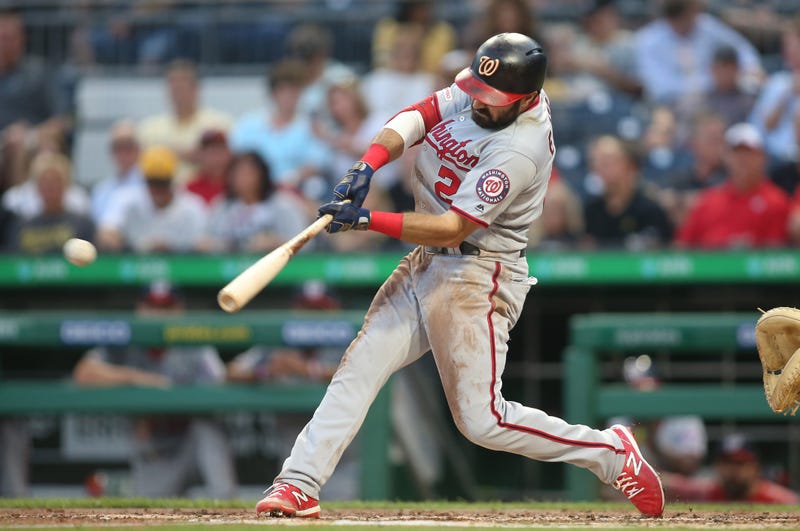 PITTSBURGH (93.7 The Fan) - The Washington Nationals offense, despite scoring only one run Tuesday night, remains hot as they defeat the Pittsburgh Pirates 11-1 Wednesday night at PNC Park.

After a scoreless first two innings of the game, the Nationals would send nine batters to the plate in the 3rd inning and scored six runs to take the 6-0 lead against Starting Pitcher Joe Musgrove and the Pirates.

Washington would add some insurance as they would again send nine batters to the plate again in the 8th inning as they added three runs off of Pirates Relief Pitcher Parker Markel.

Nationals Starting Pitcher Patrick Corbin held down the Pirates offense through his 8 shutout innings Tuesday night as he only allowed five batters to reach base against him.

"He threw the ball well, kind of throttled his fastball up and back, kind of ranged from like 90 to 94," said First Baseman Josh Bell. "And each one kind of had different varies of sink, so it was just kind of tough to cover on the outer half."

Since the All Star Break, the Pirates are now 8-29 and what kind of effect has that had on the clubhouse as they continue to try and break out of this losing stretch and finish the season strong heading into the off-season.