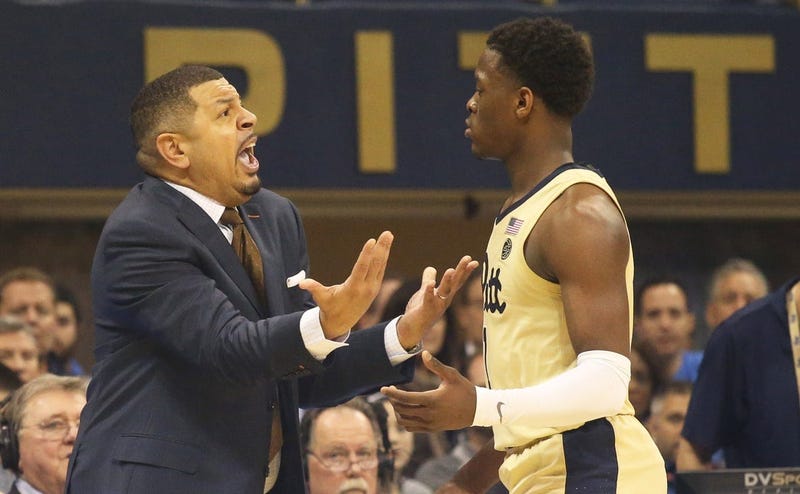 Pitt will most likely have a really, really hard time with North Carolina State on Saturday.

Heck, I don't know how many conference games the Panthers will win as they wind through a slate with 16 more opportunities between now and March 9.

It doesn't matter all that much to me. Pitt is on the way back. Pitt will be back. Pitt isn't back just yet, but the road invariably is leading there ... oh, it's leading there. Pitt basketball --- the easy punchline to jokes in the two seasons when Kevin Stallings crawled to a 4-32 conference mark --- will be a hot ticket again in the near future. The Pete will regularly buzz again, the Oakland Zoo will regularly jump again and, in time, there will be one of those little numbers listed next to the word 'Pitt' designating a Top 25 ranking. This will all happen; it is oh-so easy to see. Mark my words, this will all happen.

That showed me how much different Pitt is under Capel than it was under Stallings. To be blunt, there is not a chance in the world a Pitt team under Stallings would have regrouped and won that game. No way on Earth that would have happened.

As Pitt allowed a big lead to fritter away over the later stages of the second half, it seemed apparent the feeling from Louisville was "just get to overtime." You could see it on their bench in the way they seemed to celebrate that the contest would stretch in to an extra frame.

Get to overtime and they had Pitt where they wanted them.

Get to overtime and Pitt had run out of big men.

Get to overtime and the excitement would be thoroughly zapped from the building.

Get to overtime and we're about to run the legs off these fools.

Get to overtime and Pitt would be so demoralized from letting the big advantage crumble, that Louisville would just breeze right past them in the extra period.

But something happened on the way to Pitt hanging their headed and having a near-miss; the kind of near-miss they would have had under Stallings (if they were in the game at all) --- Capel sensed they were down and insisted they needed to pick their heads up.

"There was dejection, I could see it in our faces, so I jumped them real quick once I noticed that," Capel said on The Fan Morning Show of how he used the time between the end of regulation and overtime beginning. "I just said, 'We're OK, we're fine, we're going to win, it's just five more minutes now.'"

Perhaps this is what Capel was referring to after a blowout loss against North Carolina the other day when he said this wasn't the same old Pitt program.

Know what Stallings would have done when Pitt blew that big lead? He would have belittled the heck out of his guys. That's just the way he operates. We saw it enough in his two seasons to know how harsh-tongued he was with players. Capel, however, chose positivity last evening.

Again, I don't know where Pitt goes from here. It's just the 10th day of January and they have only begun heading down the conference road. What I do know is this program is already different. It is much, much, much different under Jeff Capel. Once that game went to overtime last night, if it was the former regime, it would have been over --- Louisville would have flown home with a win, we would just be talking today about how many they won by.

But Capel showed a lot last night. His kids showed a lot last night. They didn't quit. They didn't get dejected or woebegone. It might seem like just a small thing, but Capel has already put that punch-back back into the Panthers program. The last couple of seasons, when they got punched, they would have run away for good after their coach screamed at them and denigrated them.