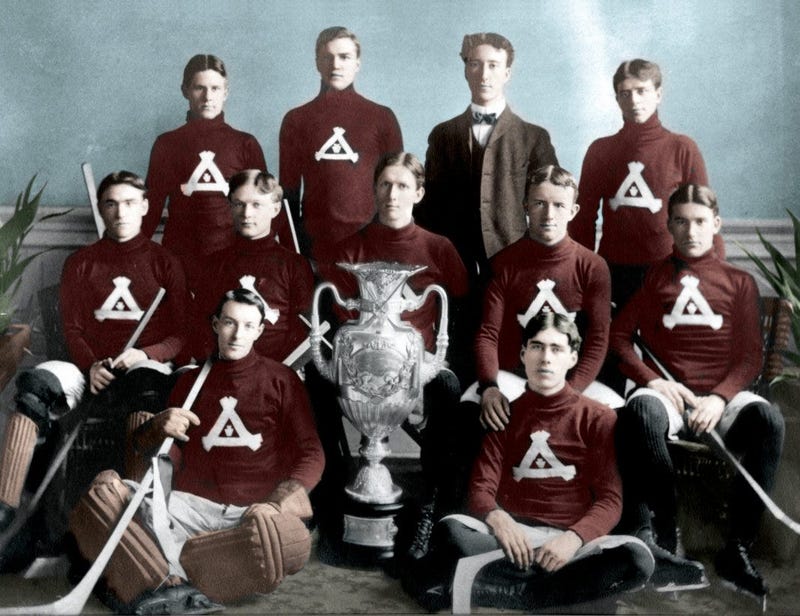 PITTSBURGH (93.7 The Fan) - Since the 1940s Houghton, Michigan has claimed to be the birthplace of professional hockey, but new evidence proves they are mistaken. Pittsburgh is the birthplace!

John Schalcosky, Researcher and the Founder of the Odd, Mysterious and Fascinating History of Pittsburgh on Facebook says some people have known this to be true for years but now there are plenty of newspaper articles to prove it.

“First off, it was a well-known fact around Pittsburgh circles that we were indeed the first team to pay their players,” said Schalcosky. “Many historians in the past have tried to secure records through newspaper sources stating this fact. However, due to the recent addition to digitized newspaper sources, finding information that was once considered a 'lost-cause' can finally be discovered and brought back to the forefront of history.”

He also has physical evidence that proves Pittsburgh beat Houghton by at least a year or two.

“Recently, I was able to even purchase a piece of Pittsburgh Hockey History - an engraved cigarette case given to the Champion Pittsburgh Bankers hockey team as the winners of the 1902-1903 season of the Western Pennsylvania Hockey League,” said Schalcosky.
John Schalcosky

Even more information was recently discovered this week concerning the actual payment of Canadian hockey players to play as purely professionals within the Pittsburgh leagues, an article from the Ottawa Journal dated January 10, 1903 states the actual monetary sum of each & every single hockey player in Pittsburgh.