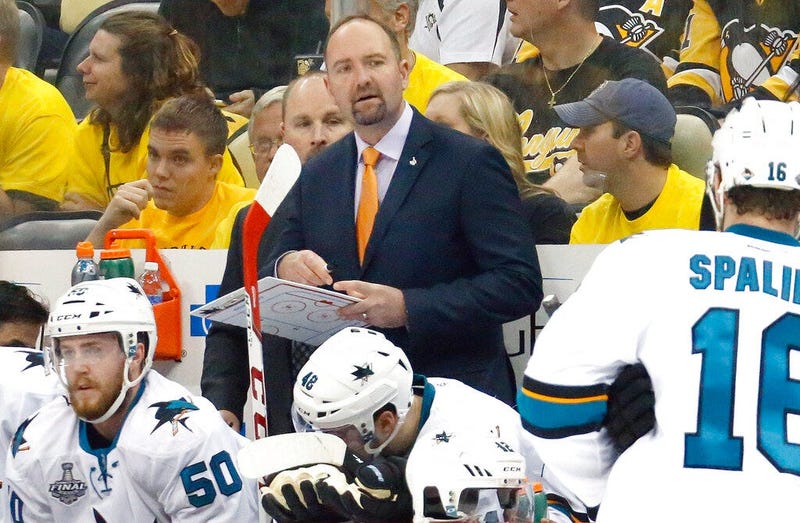 A person with direct knowledge of the move said the team decided to let DeBoer go with the team on a five-game losing streak out five points out of playoff contention. The person spoke to The Associated Press on condition of anonymity because the firing hadn't been formally announced.

The firing was first reported by SportsNet and The Athletic.

The 51-year-old DeBoer was fired a day after the Sharks completed a winless five-game road trip with a -1 loss at Nashville. San Jose is 15-16-2 overall.

DeBoer was 198-129-34 in four-plus seasons in San Jose. He led the Sharks to their only Stanley Cup Final appearance in franchise history his first year in 2016. San Jose made the playoffs again the following three years under DeBoer, losing to eventual champion St. Louis in last season's conference final in six games.

Assistant Bob Boughner is expected to take over in San Jose. Boughner had an 80-62-22 record in two year as coach in Florida before fired after last season.

The Sharks have struggled mightily this season, leading to the first in-season firing since general manager Doug Wilson was hired in 2003.

San Jose opened the season with four straight losses and have had a pair of five-game skids as well. The Sharks had one sustained stretch of success with 11 wins in 13 games in Novem

The Sharks host the New York Rangers on Thursday night.