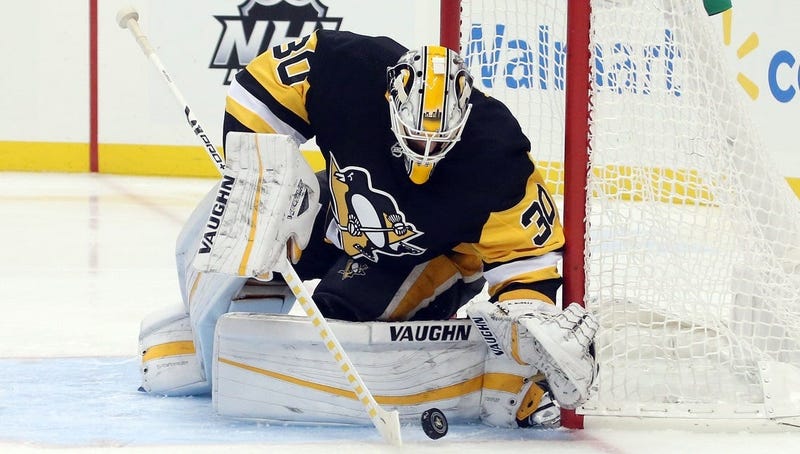 It’s been back and forth with Matt Murray and Tristan Jarry satrting until last night in Buffalo when Mike Sullivan went with Murray for a second straight start.

So when 93-7 The Fan Columnist and Pens historian Bob Grove joined the Cook and Joe Show on Friday the first question on the guys mind was…Does this indicate Murray is Mike Sullivan’s choice to start in the playoffs?

“I think it’s a start,” Grove told the guys. “But I also think this is a bottom line business right now in March with the standings so tight and every game is critical.”

Grove said Murray looked really good last night in the win over Buffalo but was quick to point out there hasn’t been much of a difference in him and Jarry over the past month.

He said even if Sullivan has Murray as his guy right now all bets could be off if he falls off the cliff in his play over the next few games.

Reports are that there could be a significant increase in the salary cap for next season and a scenario where Joe Starkey feels that could be possible that the Pens could keep both goalies into next season.

“Absolutely,” Grove agreed. “Why couldn’t you keep both when you add that kind of rise in the salary cap.”

Grove said it would be a smart business decision to sign both before a decision would need to be made before the following season and the expansion draft.

Listen to the full interview to hear Grove talk to the guys about the potential playoff matchups for the Pens and who to be concerned about.