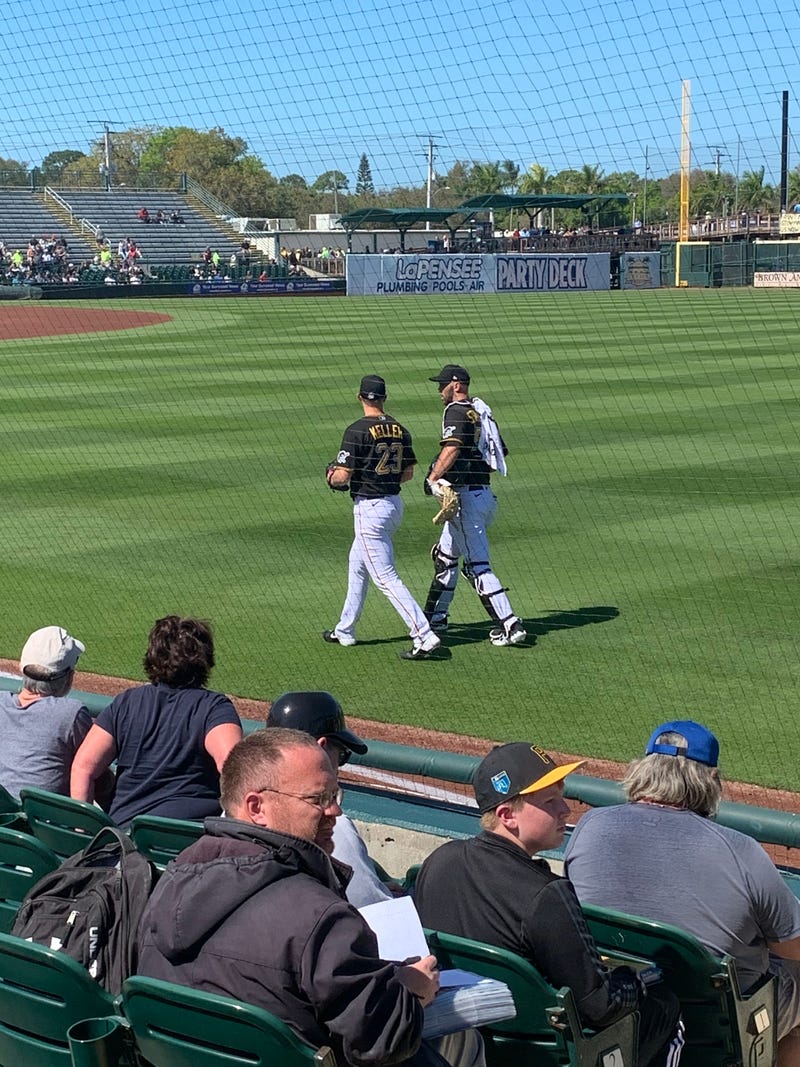 BRADENTON (93.7 The FAN) - The Pirates opened their spring training schedule at home in LECOM Park against the Minnesota Twins on Saturday afternoon and ...

On the day it was announced that Mitch Keller would open the spring training schedule for the Pirates, he said the plan was to go 1 or 2 innings.  Keller made it the full two innings in his spring debut, giving up just two hits with no walks or strikeouts.

Several balls were hit hard off Keller, including a comebacker to the mound that he made a nice play on and threw the runner out at first.  On the day, Keller threw 28 pitches total, 16 for strikes.

Keller said of his first game action this spring.

As for what he worked on in today's game, Keller told us, "Maybe a little bit more just thinking about what we've ben working on on side work and then my live BP.  The main focus today was just going out there and competing and then just really going out and showing what we can do because it's the first time Oscar [Marin] and Shelty [Derek Shelton] have seen us through, so just really going out there and showing them what I got."

Jacob Stallings was behind the plate catching Keller today and said while he wasn't as sharp as he has been during his live BP sessions so far this spring, he was still very good.

"I didn't think he was quite as sharp as he was in his live BP the other day, but that's probably to be expected...his stuff was really, really good.  Breaking balls both played really well and I thought he left some fastballs over the middle that we wanted to go up with, that's nit-picking though.  I thought he was good and I think it was a really good first day for him."

Manager Derek Shelton liked what he saw.  "I thought he was good," Shelton said, adding that pitching in front of a new manager and pitching coach probably brought with it some nerves.  "I know there was probably some nerves for him...but I thought the ball came out of his hand pretty well."

At the plate, it was a quiet day for the Pirates with Cole Tucker breaking up a perfect game with one out in the bottom of the 5th.  The Pirates had a total of just 4 hits, Ke'Bryan Hayes the lone extra base-hit, a double off the wall, and walked once as well.  Catcher Jared Susac had the lone RBI, which he drove in during the 7th inning.  As a team, they struck out 11 times.

The Pirates are back in action on Sunday with split squads.  At home, Derek Holland will make his Pirates debut against the Detroit Tigers while Trevor Williams will make his first start of the spring on the road against the Philadelphia Phillies.  Both games start at 1:05pm.  The game against the Phillies can be heard on 93.7 The FAN.