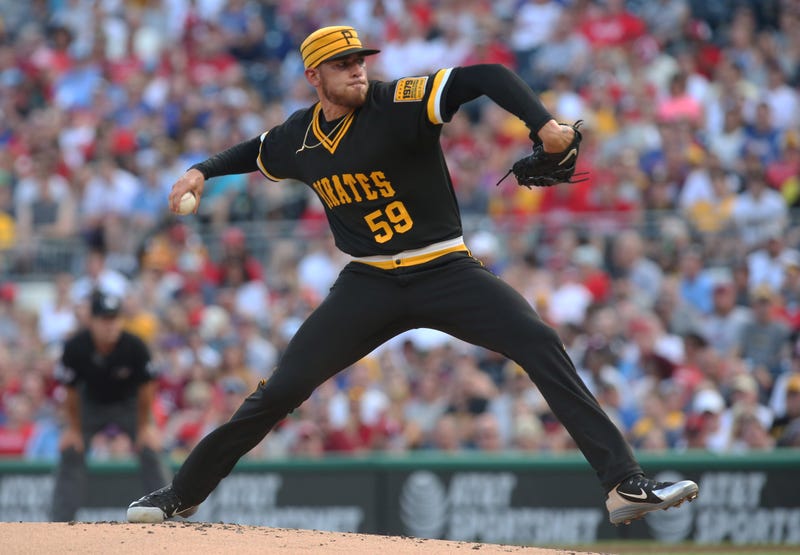 PITTSBURGH (93.7 The Fan) - The celebration started pregame as the Pittsburgh Pirates honored the 40th Anniversary of the 1979 World Series team and the 2019 Pittsburgh Pirates continued the celebration throughout the night, even through a quick rain delay. As the Pirates defeat the Phillies 5-1 to even up the series heading into Sunday afternoon's series finale.

Rain delays are nothing new to Pirates Starting Pitcher Joe Musgrove as it seems like there is one any time he starts a game.

With one out in the 3rd inning, Musgrove doubled to the left field corner and came around to score on a Bryan Reynolds RBI single to open up the scoring in the game.

Starling Marte then brought home Reynolds with an RBI Double and came around to score on a Josh Bell RBI Single to give the Pirates a 3-0 lead after 3 innings.

Marte was getting a lot of criticism after his series in St. Louis, but tonight he showed what he means to this Pirates team on a nightly basis.

This Pirates teams knows the position that they are in, where they are in the standings and know how important every single day is if they want to stay in the playoff race.