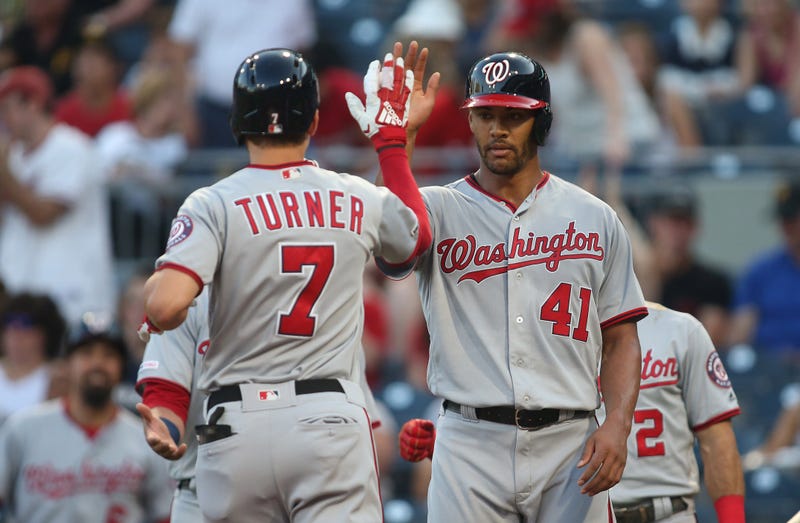 PITTSBURGH (93.7 The Fan) - The Washington Nationals hit three home runs in the first two innings off of Pittsburgh Pirates Starting Pitcher Trevor Williams as the Nationals go on to win game one of the 4-game series 13-0 Monday night.

Williams was never able to find a rhythm as the Nationals hitters' seemed to be locked in on every pitch he threw over his two innings of work. The Nationals lineup was not just locked in tonight, they have been locked in for the past 5 games as they have put up 62 runs in those contests.

"You said it right, there's no question that they're a great lineup, they've been on a great run right now, they're fighting for not only the NL East title, but they're also fighting for a Wild Card spot," said Williams. "When you get a team that's on a run like that, and you know it's one of those starts where obviously it went really bad and the mistakes got amplified, however, the team's on a really great run right now, they're just playing really good baseball."

When the team is in a stretch like the Pirates have been in since the All Star Break, what can a Manager and Coaches say to the team as a whole or indiviually to snap out of it.

On the injury front, Pirates Catcher Elias Diaz was removed from the game in the 4th inning as a precaution after being hit in the facemask and was checked out after the game Monday night and will also be checked out again on Tuesday.