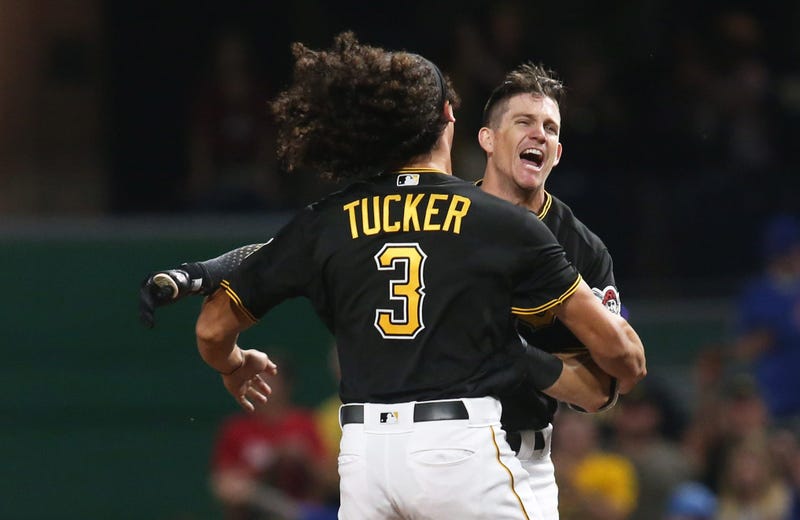 PITTSBURGH (93.7 The Fan) - Friday night at PNC Park it was a pitcher's duel for seven innings with plenty of late inning drama as the Pirates came out on top 3-2 as Kevin Newman singled with the bases loaded off of Brandon Kintzler with two outs in the bottom of the 9th.

Newman was 0 for 3 on the night heading into his at-bat in the 9th, but said he actually felt calm at the plate and the energy from the crowd helped with that.

Tucker also said he was surprisingly calm during that at-bat and it was probably the most exciting walk he has taken over his baseball career.

Clint Hurdle decided to lift Musgrove for Felipe Vazquez in that situation, but Tony Kemp tripled to the right centerfield gap to give the Cubs the 2-1 lead. After a walk to Jason Heyward, Vazquez was able to get Nicholas Castellanos to ground into an inning ending double play to keep the Pirates deficit at one.

"To feel like I threw that well and to have a 2-1 losing score when I leave the game is tough," said Musgrove. "But, anytime Felipe (Vazquez) comes in and I got to hand the ball over to him, I have nothing but confidence in him and I told him after, "I said hey man, it's another day tomorrow dude like stuff happens"...The confidence we have in this clubhouse in close games to be able to come back and make it competitive in that 9th inning is super high, so I felt good about it."

The final line for Pirates Starting Pitcher Joe Musgrove Friday night was 7.1 IP and gave up 2 runs on 4 hits and struck out 9 on 97 pitches (68 strikes).