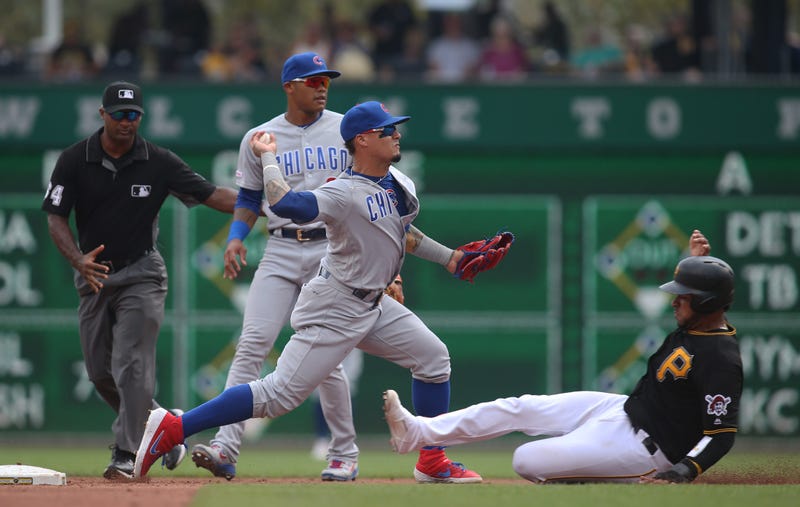 PITTSBURGH (93.7 The Fan) - It was a Kris Bryant solo home run in the 7th and Ian Happ scoring on an Elias Diaz throwing error to third that gave the Chicago Cubs the 2-0 victory Saturday afternoon at PNC Park to even up the weekend series.

There were plenty of chances for the Pittsburgh Pirates to bring home some runs as they loaded the bases with 1 out in the 1st inning, no outs in the 5th inning and 2 outs in the 7th inning, but couldn't get the big hit to break it open.  The Pirates ended up leaving 11 runners on base in the game overall.

"You can always say you have confidence, but until you have success doing something there's that little extra bit that you can't really grasp on to," said Brault. "I've always been confident in my abillities, but now having success with it, it's just that little bit further. So now, I'm able to throw it and I know it doesn't have to be pinpoint and I know when I get it pinpoint it's going to work. So, I feel really good about where I'm at."