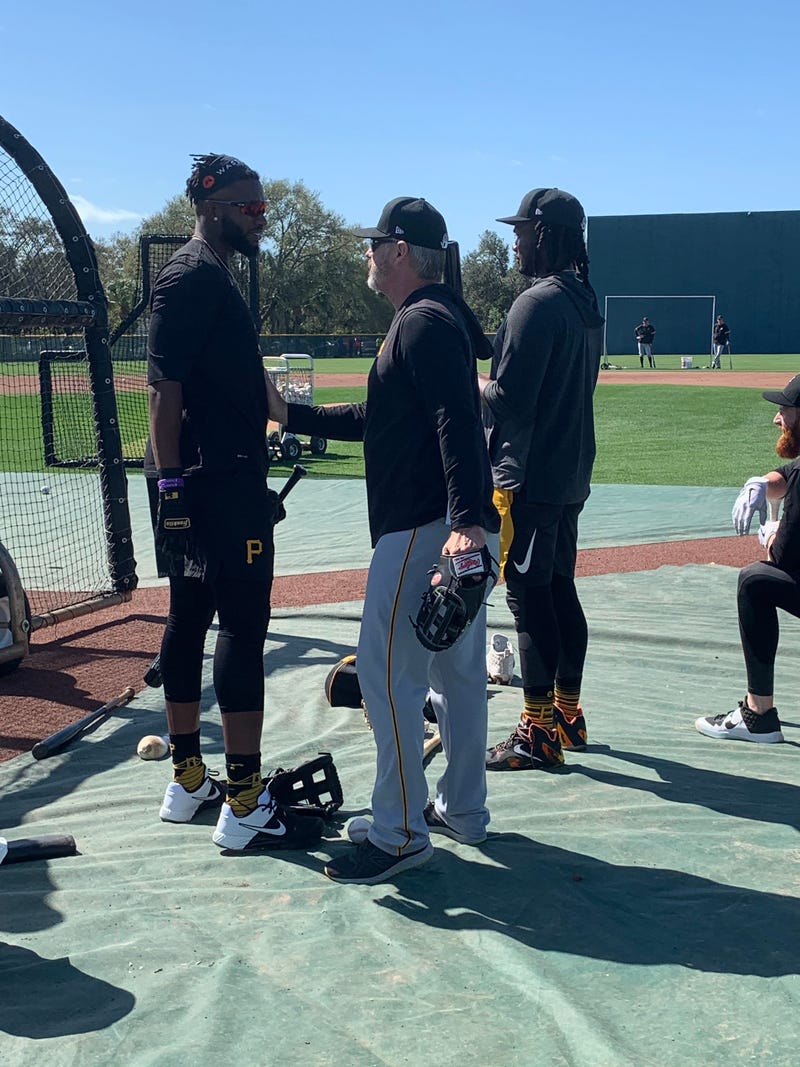 As for that shoulder that limited him in so many ways in 2019, but none more than throwing from the outfield.

"I just feel good," Polanco said.  "I can throw long, I can throw hard, no problem."

Being healthy now, Polanco talked about his goals for the year and what it would mean to play a full season.

Polanco's arrival to Pirate City this year feels a bit different than last year and many years past as he's without teammate and friend Starling Marte who was traded to the Arizona Diamondbacks this offseason.  Polanco shared his thoughts on how he felt when he heard the news.

"Obviously it hurt for me because he's like my brother and we've spent so much time together before I came to the big leagues.  But you know, it is what it is.  i=It's something I can't control.  Just keep it touch.  He was at my Mama's birthday last week and we talked a little bit."

With Marte gone, that leaves Polanco as the last man standing from the 2015 playoff team and was asked what it that feels like.

"Wow!" was Polanco's initial reaction.  "I'm glad that I'm here, I'm healthy and I'll be able to play the game that I love...I'm going to play and I'm going to have some fun, for sure.

Another change for Polanco and this team is the guy sitting in the managers office and Polanco shared what his first interaction with new manager Derek Shelton was like.

"I talked to him in early January when I was here doing rehab and he said...we just gotta go out there and try to win, play hard and have fun.  And that's the thing that I like so we matched right away!"

As for Polanco trying to regain the magic he found in 2018, a career year for himself, you'll have to listen to the audio below to hear about the work he put in this offseason to try and get back to being that player again.