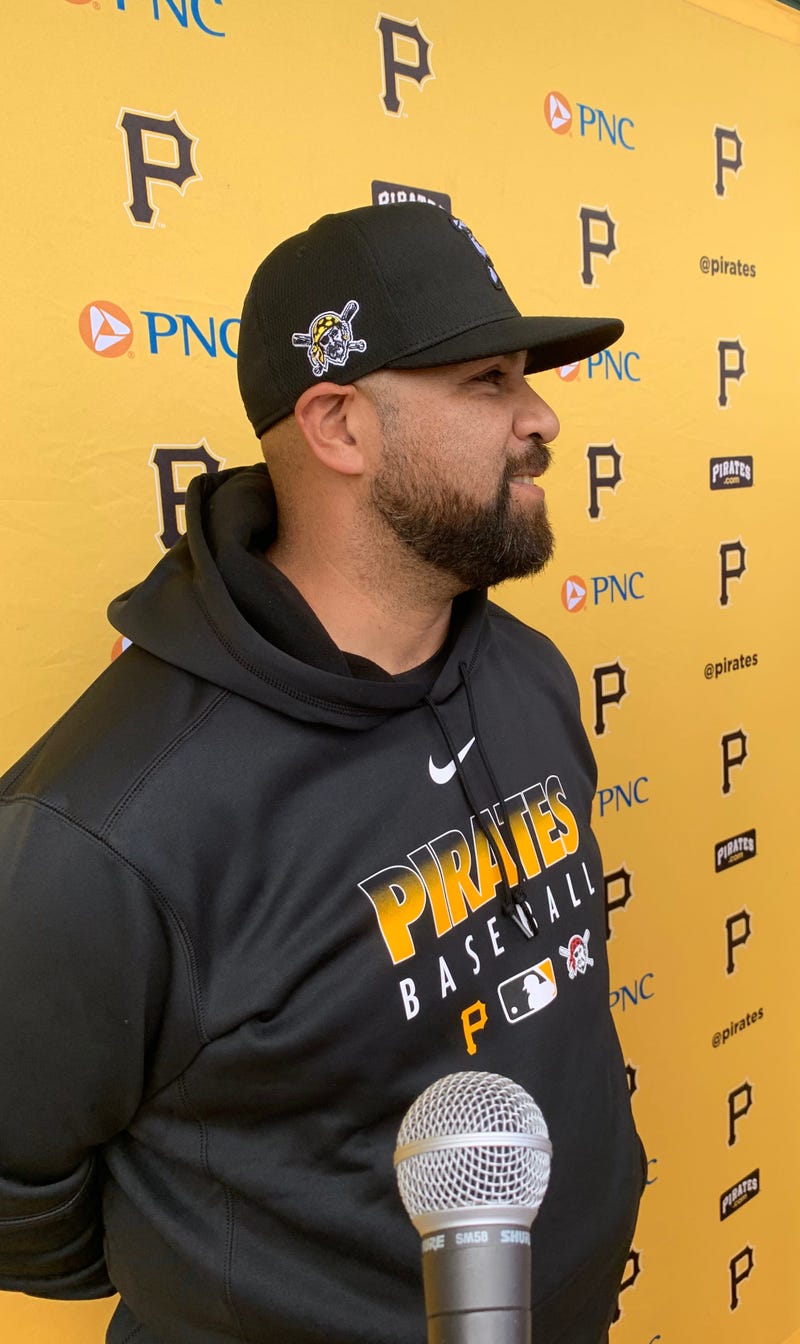 BRADENTON (93.7 The FAN) - It's the dawning of a new day for the Pittsburgh Pirates pitching staff and new pitching coach Oscar Marin is bringing a whole new wave of technology with him to usher it in.

Meeting with the media at Pirate City, Marin took us inside this new approach and how they're trying to relay it to a group of players that had never seen it before without it becoming overwhelming.

"We actually started with just letting these guys know what that information is, what they're going to see out there," Marin said.  "The worst thing we wanted to do was put stuff out there and then they ask questions like 'Why is all this out there?  How's it going to help me.'"

So Marin quite literally took his pitchers to school on it.

"What we did, we had more of a meeting, a classroom session, just getting guys to understand what kind of information you can get off a Rapsodo unit, the benefits of a Edgertronic camera and how it can help us tunnel pitches.  Just the explanation of it early on that really clarified it for those guys and so now they're asking questions, which that's exactly what we want."

Marin does have some work on his hands outside of just explaining new technology to players, he's got to take a staff that had a 5.18 ERA, which ranked 26th in the league.

He took us inside some of that work and broke down what he has seen so far from a couple of key pitchers:

On Mitch Keller: "Just getting him to engage his lower half and becoming the power pitcher...I'm seeing that power pitcher effect and just refining a couple of things and I think we can get him to where we want him to get."

Click the audio link below to hear more from Marin on what he's doing differently with this staff than what has been done in years past plus his thoughts on Keone Kela, Kyle Crick and Trevor Williams.