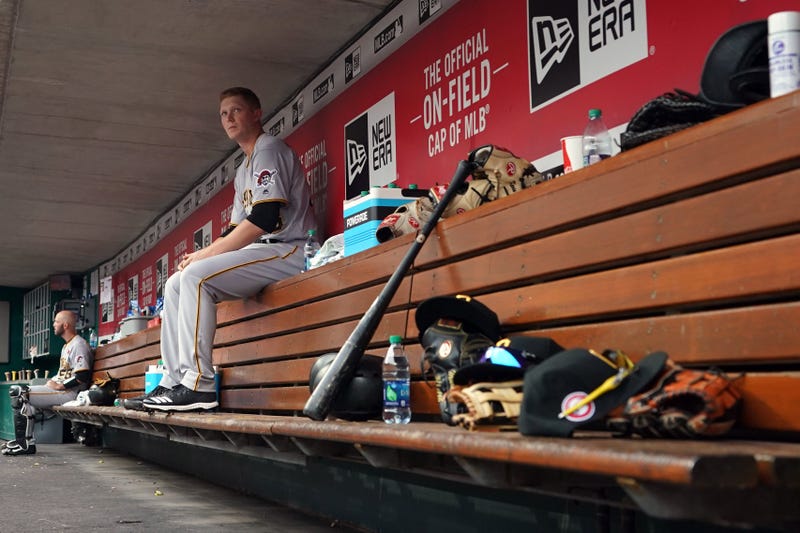 PITTSBURGH (93.7 The FAN) - It was a rocky debut for Pirates top prospect Mitch Keller when he faced the Reds back on May 27th as he gave up six earned runs over just four innings, all the runs being scored in the first three, but to hear him say it, the last three innings are a better indicator of what kind of pitcher he is.

Keller joined The PM Team to talk about his debut and what the major difference was between the first inning and the rest of the game.

"My pitches felt like they were working a little bit more and I was hitting my spots more than the first inning...I think that was the biggest difference there.

So, if he thinks what we saw in the last three innings is more an indicator of what he can do at the major league level, does he think he's ready to be here now?

"I feel like I'm ready to help the team win up there...I feel like my mentality is in the right place.  I got a lot of confidence.  I got the first one out of the way and I felt really good those last three innings."

But did the team give him any indication of when he could be called back up when they sent him down?

"They didn't really tell me too much, they just said I have more stuff to work on and when I'm ready to come back up again, they'll call me back up.  But just come back down and refining some more stuff."

You can hear the whole interview below, but it ends with the guys saying they hope to see Mitch in Pittsburgh soon, to which he laughed, and said, "Yes, me too!"