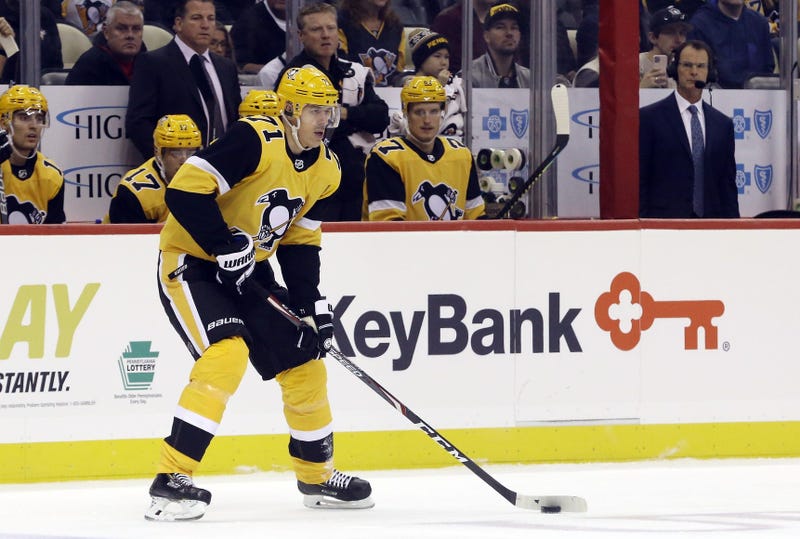 PITTSBURGH (93.7 The Fan) -- The Penguins are synonymous with power play goals. Since they entered the NHL in 1967, they’ve scored more power play goals than any other team, and they’re No. 1 by a mile.

But they’ve made a different kind of history with the power play this season as they prepare to host Chicago tonight. For the first time in its history, Pittsburgh has gone 10 consecutive games without a power play goal. The Penguins’ drought sits at 23 straight chances missed, and the power play has been a notable culprit in the five games they’ve lost during this stretch.

Evgeni Malkin missed the first seven games of this drought but hasn’t been able to make a difference yet in three games back. Injuries to Kris Letang and Patric Hornqvist now provide more challenges, especially given Letang’s prominent role in the success of that unit through the years.

It would be tempting for coach Mike Sullivan to view this as the anomaly it is and simply wait for the Penguins to re-establish their usual proficiency because, you know, that must be right around the corner. Right?

Probably, but he needs to press for results nevertheless because the power play is displaying some troubling tendencies that could weigh the team down if they linger for much longer.

Maybe tonight is the time for Sullivan to throw his second unit out there on the first power play chance and see what happens. They might fail to score, but he might succeed in sending a message. Ignoring empty-net goals, eight of the Penguins’ 16 games this season have been one-goal games. Even a moderately-successful power play can make a big difference when so many games are so closely contested.

It would be a mistake right now to simply wait for the drought’s inevitable end and hope that signals a return to power play dominance.