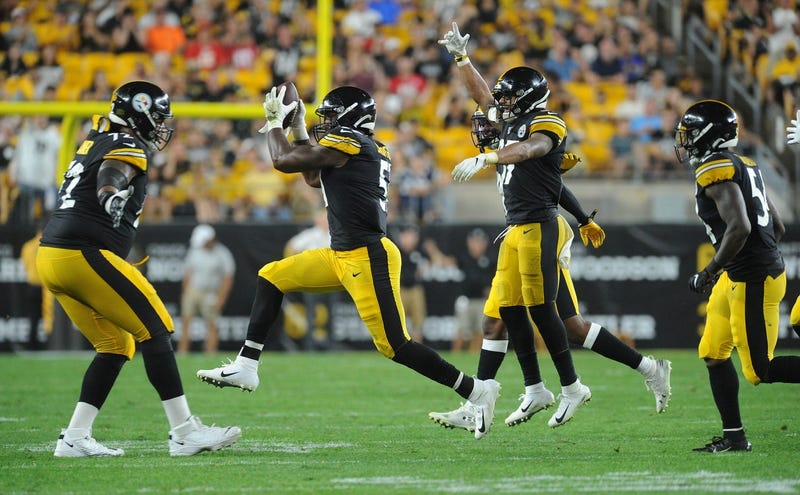 PITTSBURGH (93.7 The Fan) -- Ahead of the 4 p.m. deadline, the Pittsburgh Steelers finalized their 53-man roster for the 2019 football season.

“With the excitement of the regular season approaching comes the reality that the 53-man roster needs to be set, and that meant a lot of roster moves for the Steelers,” the team said in a press release.

One of the roster moves included the Steelers trading Jerald Hawkins to Tampa Bay.

Two of the 2019 draft picks, sixth rounder Sutton Smith and seventh rounder Derwin Grey, did not make the cut. Neither did 2018 fifth-round pick Marcus Allen and veteran receiver Eli Rogers.

In the kicker position, Matthew Wright and Ian Berryman were cut.

“As we walk off the field – it’s that level of urgency, and I can’t stress that point enough,” Mike Tomlin said before the Carolina Panthers preseason game. “We walk off the field, it’s all eyes on our regular season opener and putting ourselves in position to do what we need to do there. In some form or fashion, it’s almost instant in terms of thinking about the things that need to be done and the process in terms of meeting and having necessary discussions about getting the team cut down.

“Sometimes the most significant decisions don’t transpire until very late in the process. Oftentimes, you’ll see teams cut down to 55 or 56 guys quickly. Friday in most instances. And they’ll save four or five significant spots, and those are the decisions that may require more discussion or maybe surveying options relative to other cities and so forth. But that doesn’t transpire on Friday. The things that are discussion-worthy and have that level of complexity occur later in the weekend.”

Starting at noon on Sunday, the Steelers will be allowed to add 10 players to the practice squad.