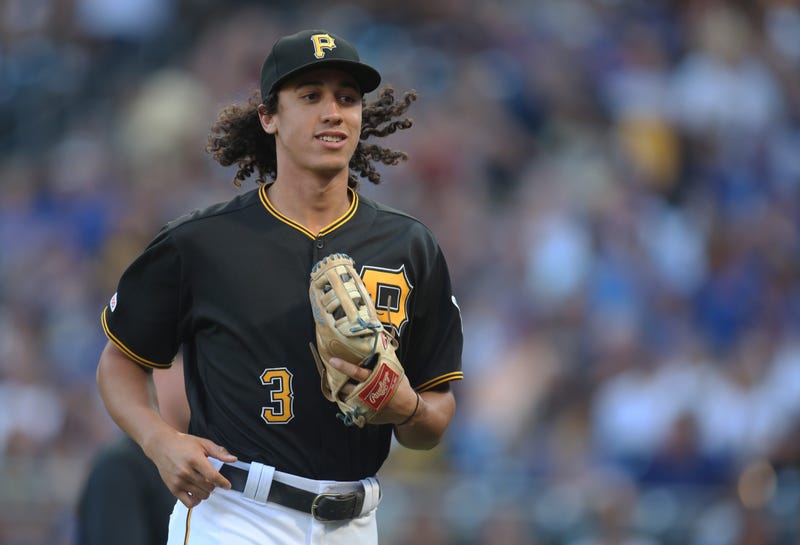 PITTSBURGH (93.7 The Fan) - With Jose Osuna serving his suspension for his role in the brawl in Cincinnati, the Pittsburgh Pirates were in need of some depth on the bench and prior to the game Friday night they called Shortstop Cole Tucker back up to Pittsburgh.

To make room on the roster, the Pirates optioned RP Geoff Hartlieb to Triple-A Indianapolis.

In his first appearance with the Pirates this year, Tucker batted .196 with 8 doubles, 2 home runs and 9 RBI in 38 games.

Tucker says one of things he took away from his first call up to the major leagues was just how humbling it is and how much work you have to put into stay at the highest level in the game of baseball.

"It's even more humbling the higher you get cause it does get harder, the competition's stiffer and you know it is what it is," said Tucker. "It's also the coolest thing ever to be able to play at the highest level. So, to be here and to be back here is super humbling as well because you know how hard it is to get here, how hard is obviously to stay here and then to stay here is also super humbling. So, hopefully a longer stay this time and hopefully can just help us win and help contribute as we go forward."

As to what he worked on down in Indianapolis for the past couple months since heading back down after his first experience in the major leagues.

Tucker and Reynolds got called up on the same day this season and he is not surprised by the success that he is having this season as he is putting up a strong case for NL Rookie of the Year and is in the race for the batting title.

Here Tucker's thoughts on Reynolds and his entire conversation with the media pregame Friday below: