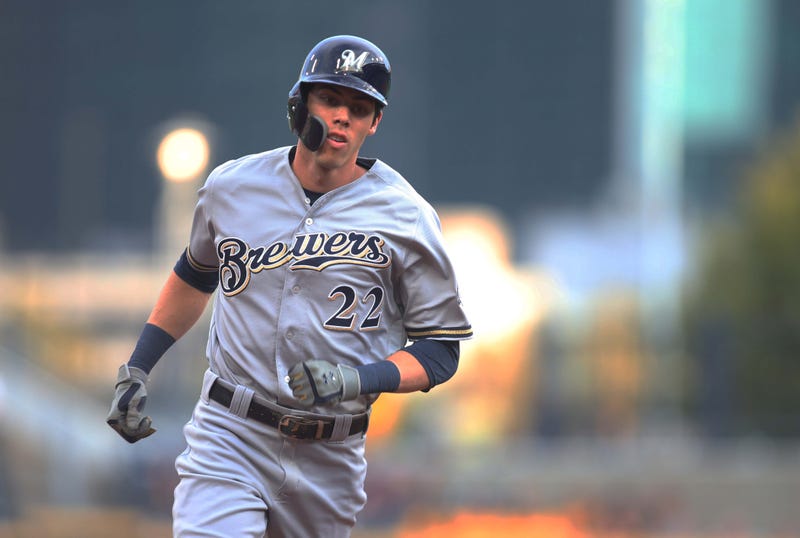 PITTSBURGH (93.7 The Fan) - Christian Yelich homers twice for the Milwaukee Brewers, in the 1st and 9th innings, Monday night as they defeat the Pittsburgh Pirates in game one of the three game series 9-7.

The Brewers led 1-0 after three innings and then Milwuakee broke the game open in the 4th inning as Mike Moustakas led the inning off with a home run and then the Brewers took advantage of a Colin Moran miscue on a Jordan Lyles' groundball that allowed Lorenzo Cain to score from third and Eric Thames and Orlando Arcia to move up to second and third on the play with one out.

Pirates Starter Dario Agrazal has struggled in his past few outings and hasn't been as consistant as he was in his first couple starts for the Pirates as the league seems to be punching back against him.

The Pirates continued to battle in this game and gave themselves a chance to win the game in the later innings.

Bryan Reynolds got the Pirates on the scoreboard with a solo home run to lead off the bottom of the 4th inning and Pablo Reyes pinch hit for Agrazal in the bottom of the 5th and hit a 2-run home run over the left centerfield fence to cut the deficit to two as the Brewers led 5-3 after 5 innings of play.

After the Brewers added three runs on in the top of the 8th, the Pirates got the runs right back in the bottom half of the inning after they loaded the bases with two outs and Kevin Newman cleared the bases with a double to right centerfield.

Reynolds doubled down the third base line with two outs in the bottom of the 9th and came around to score on a Starling Marte triple to the notch in left centerfield that brought the tying run to the plate in Josh Bell.  But, Josh Hader was able to get Bell to flyout to shallow left field and the Brewers held on to win game one of the series at PNC Park.

The Pirates take on the Brewers in Game 2 of this 3-game series at PNC Park Tuesday night when Steven Brault (3-1, 4.15 ERA) is expected to be activated off of the injured list takes the mound against Chase Anderson (5-2, 3.73 ERA) and the Brewers at 7:05 pm.