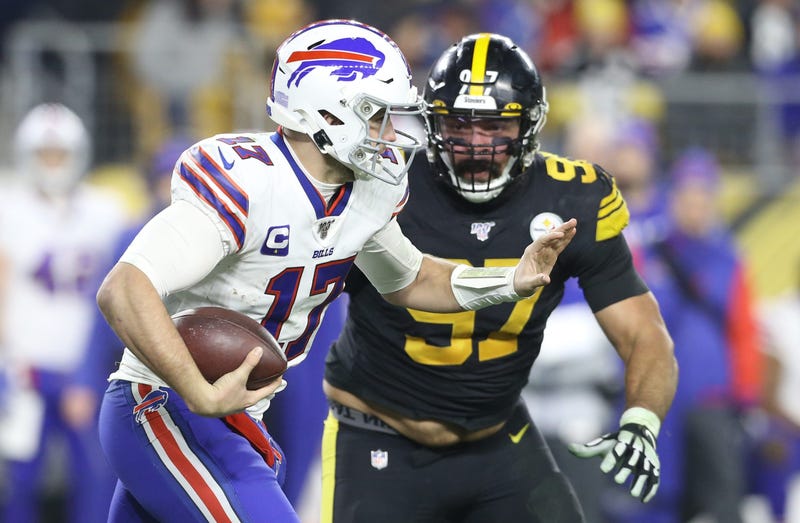 PITTSBURGH (93.7 The Fan)- While the league has kept most of its events and timeline the same, we've already seen some of the impact that COVID-19 will have on this upcoming NFL season. For the first time in over 50 years, Steelers training camp won't be held at Saint Vincent College in Latrobe, for example. Rookie mini-camps and meetings have had to be held virtually over Zoom calls. Mike Tomlin and co. only reported back to the Steelers headquarters recently.

RADIO.COM Sports NFL insider Michael Lombardi, a former front office executive in the league, joined The Fan Morning Show Thursday to talk about another aspect of change in the NFL due to the coronavirus: the salary cap. The number was expected to go up heading into the 2020 season and beyond but now, with the prospect of potentially losing two preseason games and not having fans in the stands, that number is expected to drop. And that drop might be consequential.

Lombardi laid out how we could see these money issues play out with a contract situation like Pro Bowl DE Cam Heyward. Heyward is going into the last year of his current deal and one would think the Steelers are looking to sign him to one last contract to get the most from his prime years left in the league and have him retire a Steeler.

"I think this is a really difficult situation we're faced with, no one seems to want to recognize it. Next year's cap is going to be significantly lower and [it's] because we're not going to have people in the stands. The owners and players are partners in the deal. Partners share in losses and because there is going to be, some people think a half a billion dollars worth in revenue lost because there will not be people in the stands, then the players ultimately will have to absorb some of that in terms of their salary cap.

The salary cap is a sliding scale based on money coming in, based on money going out, based on profits. Therefore, we see a rise because we know the TV deals are strong. However, that being said, if there's a $500 million hit into this, then we've got real issues and that money is going to come down.

For example, the Eagles right now are $50 million over next year's cap with their current team. If what [ESPN's Adam] Schefter reported where he said that the cap could go anywhere from $30-80 million less next year, let's just say it's $50 million. Now the Eagles are $100 million over the cap going into the offseason. That's hard to make that up. That's really hard. You're going to lose a lot of players.

That's the issue the Steelers are facing and Omar Khan as they try to plan a deal around Heyward is, 'Where is the cap next year? What are we working with? Why would we do a deal right now [when] we're dealing blindly. We may have to cut players, so why not we just wait?'

The market next year, I can promise you this, will not be player-friendly."

You can hear the entire conversation with RADIO.COM Sports NFL insider Michael Lombardi with The Fan Morning Show, including his thoughts on JuJu Smith-Schuster as a number one receiver and the Browns handling of Baker Mayfield, below.
___Follow 93.7 The Fan: Facebook | Twitter | InstagramListen to 93.7 The Fan on the Radio.com App - Download Now