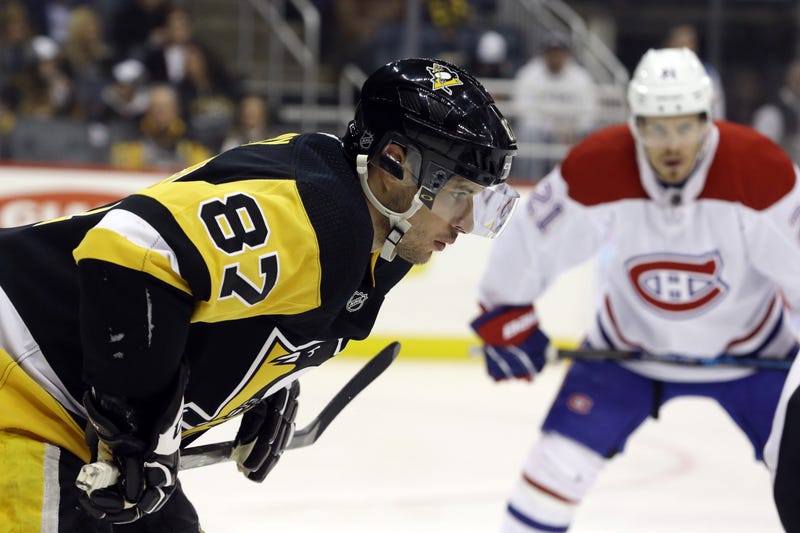 PITTSBURGH (93.7 The Fan)- Under the 24-team playoff system that the NHL is likely to implement to get hockey back to us this summer, the fifth-seeded Penguins would face the 12th-seeded Montreal Canadiens in a 5-game "play in" series.

There is thought by some that facing a goaltender of Carey Price's pedigree could present a problem for the Pens.

"It's no disrespect to Montreal. But I don't think the Penguins are trembling in their skates at the fact that they'd have to play the Montreal Canadiens in the first round," Lawton said with a chuckle. "Yes, I know how great Carey Price is and I understand that, yes, in a shorter series maybe he could make a bigger impact. But this would still be heavily slanted in the Penguins' favor."

"Don't get me wrong, the Penguins aren't going to be able to show up and throw their sticks out there and win the series. It will be a hard fought, incredibly contested series if it happens. But ultimately, I'm more of a math guy. The odds would be significantly in the Penguins' favor of winning that series. Like it would be for a lot of the teams that have been added in here, there's a reason why there are eight teams that are being added in and that's because he didn't complete the season. But there's also a significant advantage for the teams that they'd be playing. In almost every case, there are enough points separating them that you'd have to take solace in that.

The Penguins are a very good team. This would be a great way for them to get warmed up."

As far as timeline for when that series would happen and how a subsequent season could play out after that, Lawton gave his theory and his hope.

"Hopefully the National Hockey League will be back playing soon. I believe they will by early July," Lawton said. "I think the lastest next season would start would be by December-ish. But I'm hopeful that it would start in early November. I think that would make the most sense. I don't think it would affect things as signficantly as one might think if you got next season started by, say, November 5th. That would be doable to still have a complete season next year."