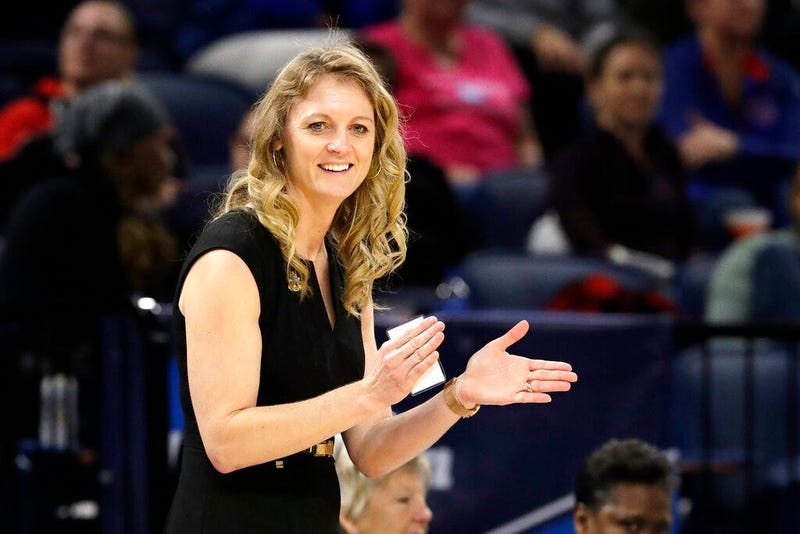 RALEIGH, N.C. (AP) — The frustrations kept building in the third period for Alex Ovechkin and the Washington Capitals, from a disallowed tying goal to the Capitals star being sent off for a late-game misconduct penalty in a game that had turned into a rout.

Now the reigning Stanley Cup champions are headed to a Game 7 after Monday's 5-2 loss at Carolina .

"It's over," Ovechkin said following a third period that saw the Hurricanes score three unanswered goals. "Again, right now nothing we can do."

In a series that has yet to see the road team win, the Capitals led 2-1 after the first period and were tied entering the final 20 minutes.

But the Hurricanes went ahead for good when Jordan Staal poked the puck past Braden Holtby's outstretched left skate — and the Capitals' troubles soon went from simmering to a rolling boil.

It started with the goal that wasn't.

As Evgeny Kuznetsov tried to tuck the puck under Petr Mrazek's pads with 9:26 remaining, Ovechkin charged in but skated into Mrazek as he appeared to push the puck into the net. Officials waved it off — halting the Capitals' on-ice celebration — by ruling Ovechkin interfered with Mrazek by pushing his pad.

It seemed "clear" to the Capitals' captain.

"Yeah, I saw the puck," Ovechkin said. "He didn't gain control, he didn't see it. I don't know what the referee saw, don't know what his explanation was. It's kind of weird, but it's OK, it's over, move forward. Nothing we can do right now."

Washington challenged the call, which stood after a replay review, too.

Asked by a reporter about the call, Capitals coach Todd Reirden said: "It's kind of unclear for me as well right now."

The Hurricanes, meanwhile, seized momentum with another goal a short time later by Justin Williams followed by an empty-netter from Dougie Hamilton.

That left Ovechkin to manage one more frustration-venting addition to the scoresheet.

He was called for slashing at 18:52 by popping Carolina's Saku Maenalanen in the right thigh. After the call, Ovechkin began applauding and quickly earned a misconduct penalty that sent him skating toward the tunnel while shouting back toward center ice on his way out.

"I don't want to be a bad guy or something, but it was not fun," Ovechkin said.

"I think a little of it shows his passion and his desire to win," Reirden said. "He feels he has a huge goal for us there that's disallowed on a puck that's loose, that he can see, that certainly we can see from the bench that's not completely covered. So it was a difficult one. You'd like to handle those situations different."

Still, it ended as another testy visit to Raleigh in this first-round series for Ovechkin. He's been steadily booed since his Game 3 fight with Carolina rookie Andrei Svechnikov , which ended with the 19-year-old fellow Russian in the concussion protocol after taking several blows to the face then banging his head on the ice as he fell.

Now the Capitals, who won 10 road games a year ago on the way to the Cup, are 0-3 on the road in this series after winning both regular-season meetings in Raleigh. They host Game 7 on Wednesday.

"They're going to be frustrated with that game," Carolina coach Rod Brind'Amour said. "They didn't want to go back and play another game. They've been through this. They know the more games you play, the harder it gets. ... I don't think it's going to affect them going into the next game, but I hope it does."