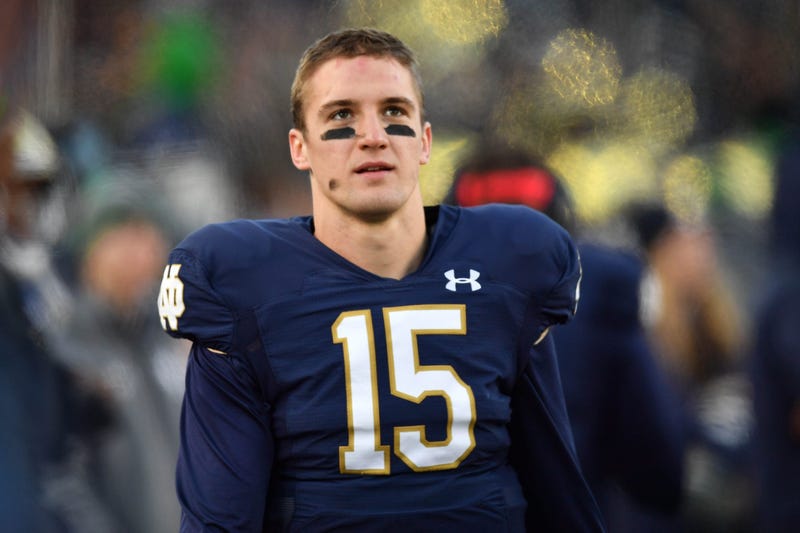 It was reported by 247Sports’ Tom Loy that Jurkovec has entered the transfer portal and “is looking at potentially leaving the program.”

The Post-Gazette's Mike White confirmed with Jurkovec Wednesday afternoon that Phil is entering the transfer portal.

Jurkovec chose a scholarship from Notre Dame in 2018 over schools like Ohio State, Penn State and Pitt.

According to some rankings Jurkovec was considered the number 2 recruit coming out of Pennsylvania in 2018.

Jurkovec was named the Gatorade PA Player of the Year during his senior year at Pine Richland, throwing for 3,769 yard and rushing for 1,136 yards for a total of 4,905 yards of offense.

The 6 feet 5 inches, 227 pound Jurkovec led the Rams to a perfect season, winning a state title.

He also played in the 2018 All-American Bowl.

During his Sophomore year at Notre Dame, Jurkovec played in six games for the Irish with a total of 222 passing yards and two touchdowns and 130 rushing yards.