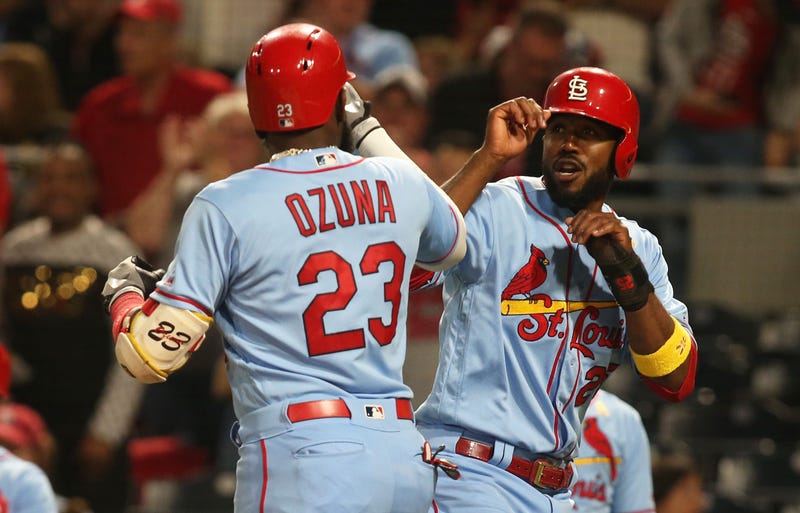 PITTSBURGH (93.7 The Fan) - The St. Louis Cardinals even up the weekend series against the Pittsburgh Pirates with an offensive outburst and a dominant starting pitching performance by Adam Wainwright as they get the 10-1 victory Saturday night.

After a scoreless two innings of baseball at PNC Park, the Cardinals were able to get to Pirates Starting Pitcher Steven Brault in the top of the third after Adam Wainwright led the inning off with a double to the notch in left centerfield.

Dexter Fowler and Koltan Wong each singled following the double and Wainwright came around to score on Wong's single and then Marcel Ozuna hit a three run home run to right center field to put the Cardinals up 4-0 heading to the bottom of the third inning.

The Pirates would cut into the deficit wiath an RBI single by Starling Marte in the bottom half of the inning.

The final line for Brault Saturday night was 5.1 innings pitched and gave up six runs on six hits, walked two and struck out two on 96 pitches (58 strikes).

For as dominant as Brault looked in his last outing in Colorado, he was never able to find a rhythm on the mound Saturday night against the Cardinals.

Cardinals Starting Pitcher Adam Wainwright went seven innings and only gave up the one run on six hits while striking out three on 95 pitches (60 strikes).

The Pirates batters had some good swings against Wainwright in the first inning, but he settled in and changed his plan of attack in his next six innings.

The Pirates and Cardinals will close out this three game weekend series Sunday afternoon at PNC Park when James Marvel (MLB Debut) takes the mound for the Pirates against Jack Flaherty (9-7, 3.14 ERA) and St. Louis at 1:35 pm.