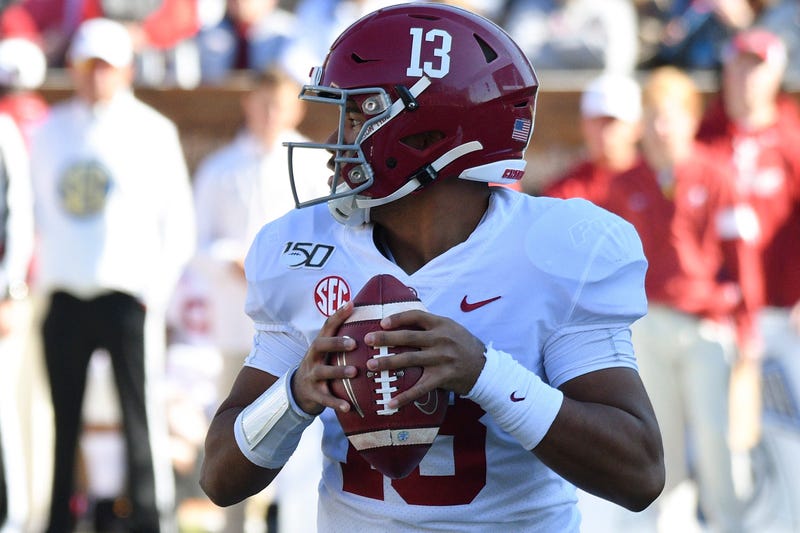 In that spirit, Colin Dunlap and Chris Mack of The Fan Morning Show discussed the merits of one of the staples of draft prospect evaluation: the Wonderlic test.

The test is meant to measure the cognitive ability and problem-solving aptitude of prospective employees. Top quaterback prospect Tua Tagovailoa from Alabama jumped out from the many other QB scores when he measured a very low 13.

Colin doesn't have much use for it.

Give me all of that. I don't care how dumb, how smart, what you get on the Wonderlic test, I don't care. To me there's not a whole lot of applicability on what happens on Sundays or what happens at the scrimmage line and what I need to know for you as a quarterback. This is one of the dumbest stories every year, I think."

Colin even went as far as to say that we wouldn't even want to know the Wonderlic scores of potential prospects.

"I think as long as a guy doesn't score a zero and he knows how to spell his name, I think we're OK. As long as it's not in the basement, I don't think it's a red flag at all. I think it's just one part of what goes into talking about what a quarterback may be able to do at the NFL level. The most important part is the tape.

If it's an indicator on how quickly you can think, maybe it's got some kind of value. It's timed. so there is an aspect of, 'OK, I've got to answer this question in a somewhat effecient manner and move on to the next one.' I'd be more concerned with that kind of logical thinking and breakdown of a problem on the football field from a quarterback than any other position.

I wouldn't necessarily tell my guys, 'Hey, don't even tell me what the score is.' I'd want to have some kind of idea. But it's part of the grander scheme. In Tua's case in particular, I'll take his physical gifts and skills and abilities over say, Justin Herbert's, regardless of what their Wonderlic score is."