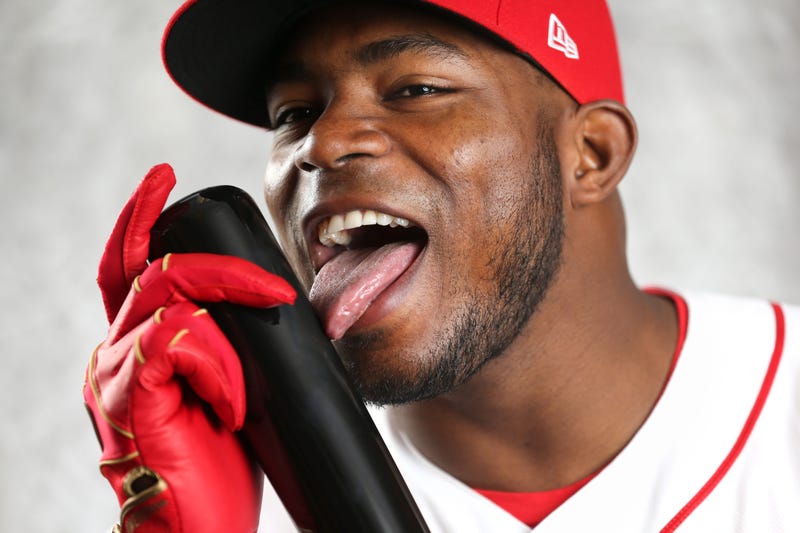 PITTSBURGH (93.7 The Fan)- Now that we know we have a season to look forward to, at least some of the focus has shifted to...ok what are these teams actually going to look like in 2020?

It's no different for the Pirates who suddenly have a new position to fill in the designated hitter for 2020 and are already dealing with what will be season-long absences from starting pitchers Jameson Taillon and Chris Archer due to injury.

With a shorter season, just about anything can happen Teams have shown to have much different records through 60 games in terms of winning percentage over 60 games than through a full 162 season, both in a good way and a bad way. So, should the Bucs be looking for depth to add to this roster? If so, there's an intriguing name in the free agent market right now: Yasiel Puig.

Puig hit for a .267 batting average last year with 24 HR, 84 RBI, .458 slugging percentage and .785 OPS. It's also worth noting he has a bit of a testy history with the Pirates and had a rather complicated career in Los Angeles.
The Fan Morning Show with Colin Dunlap and Chris Mack debated this idea today, first with 93.7 The Fan's Pirates insider Jason Mackey.

"The objective question you need to ask if you're the Pirates, 'Do you reasonably expect to contend for a division title? Is it worth that money? Or does it make more sense to save it and theoretically spend it in 2021?' Look, the fan in me wants to see it. I think it would be fantastic, I'm all for the greater amount of theater they can cram into right now. But based on their business decisions and everything we've heard until this point, Yasiel Puig and them signing him would be a gigantic outlier."

Colin Dunlap made his pitch for why the Pirates should do it.

"The organization has admitted that their rightfielder (Gregory Polanco), his arm, they just don't know what the story is. They don't know if he can throw the same. You have a 60-game sprint to the finish. The third layer to this is the infusion of the DH. So you have another offensive spot that you can utilize.You've got to at least try to sign Yasiel Puig if you're trying to win right now."

Chris Mack likes the idea as well, but focused on the reality of the situation.

"I don't think they're going to show any major changes in strategy. They're just not. I don't think Ben Cherington is going to go out and do anything to add to this team in any major way, which is disappointing."

The guys expect the Pirates to stick with the process of evaluating their young talent on the roster and getting them as much playing time as possible in 2020.

"Do you do everyhing you can to maximize that building block process within those 60 games? Again, it's not the fun answer and I'd much rather have the fun answer, " said Mack. "But I think the unfun answer from Ben Cherington and this organization is going to be, 'Well no, just because it's 60 games doesn't mean we stop trying to develop this organization."

What say you? Puig or no Puig?

You can hear the entire interview with Pirates insider Jason Mackey on The Fan Morning Show including more thoughts on Puig and other DH options for the Bucs in 2020, below.
___Follow 93.7 The Fan: Facebook | Twitter | InstagramListen to 93.7 The Fan on the Radio.com App - Download Now