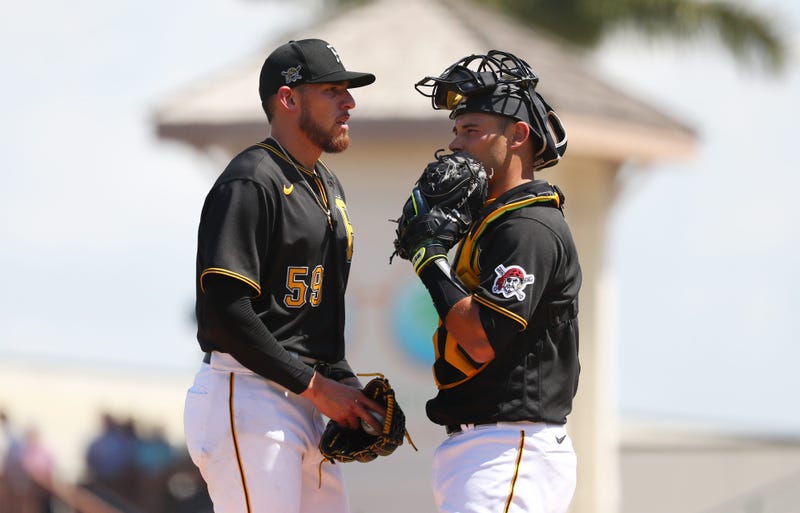 PITTSBURGH (93.7 The Fan)- We are all longing for sports.

In a conference call with reporters, Toronto Blue Jays president Mark Shapiro said that any season would have to include a 4-week "ramp-up" period. He cited that pitchers, in particular, would need to get stretched out and would need a set date for the start of the season.

How do we feel about a 4-week extended Spring Traning of sorts? Are people going to have the patience for this once we can get sports again?

Colin Dunlap said, "No. Make the rosters bigger, do what you have to do, play games that are a little bit ragged if you have to. Here's what's going to happen. If they go and say, 'OK all systems go, everything's clear, let's do it! The world can function again!' Or if they even say, 'We can't have crowds but we can play games.' And then it's, 'Alright, we're all going to go back down to Florida and Arizona for 4 weeks, we'll see ya in a month.' Baseball fans are going to go, 'Wait, what?'

"We'll give you two weeks maybe three at most. Go ahead, build it back up. Expand the rosters to 40 if you have to, make it like the very end of the season. Hell, have open substitutes if you want during these games. Let's just play some baseball and play some games that count."

Chris Mack added to that thought by saying, "Whenever we get the baseball season started, let's just say the first month of that season, we're able to have 40-man rosters. Then we don't do it in the last month of the regular season. Instead, guys are allowed to stay with their minor league teams and maybe minor league seasons are extended into the early fall so some of those small towns and cities that host minor league games are able to make up some money on the back end."

"Expand your rosters early. You may have some starting pitchers only throwing 3 to 4 innings the first couple times out, but it shouldn't take more than 2 to 3 weeks to get guys stretched back out. Maybe it's only a 75-game or 80-game regular season, but we get it over the course over the last 60-65 games where it looks as much like baseball can look like baseball again this season."

You can listen to The Fan Morning Show podcast segments below for more discussion from today, Friday and all of last week as well.
___Follow 93.7 The Fan: Facebook | Twitter | InstagramListen to 93.7 The Fan on the Radio.com App - Download Now