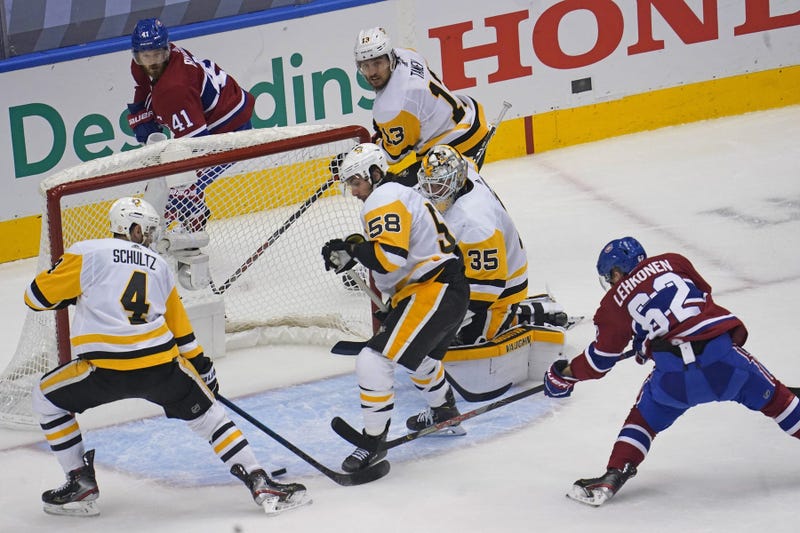 Pittsburgh (93.7 The Fan) - The Penguins quest for a third Stanley Cup in five seasons came to an abrupt end with Friday's 2-0 loss in game four of their qualifying series against the underdog Montreal Canadiens, the lowest-seed among the 24 teams.

It was a bitter ending  for a veteran Penguins squad that entered the tournament healthy and with great optimism.  There's now a belief that the window is closing/has closed on this particular group's opportunity for additional championships.  Sidney Crosby isn't sure.

"With age, that's a possibility," Crosby said shortly after the game ended.  "It's a really hard one to evaluate.  That's the honest truth, as far as trying to break this all down."

"I think we have a lot in the tank," Letang said. "We're going to keep playing hard, and give everything for the Penguins. We have to be better.  This year we didn't play good enough to win, but I felt comfortable with the group of guys we have."

"I think these guys are still elite players," Sullivan said. "I believe in this core. I just thnk they're such character guys. They're elite hockey players, and I still think there's elite play left in them.  Obviously, at some point everybody's window closes, you could argue that with any team in this league, but I strongly believe that this group has a lot of elite hockey."

It may not be easy for Sullivan and general manager Jim Rutherford and others in the organization to assess this unique season.

"I haven't even given it much thought at this point," Sullivan said. "We just lost the series.  It's disappointing. It's emotional.  We care.  We all care, so it's emotional.  I'm sure we'll all have to go back and look at the experience and try to evaluate it and assess it and see where we go."

For much of the regular season the Penguins were among the top teams in the NHL.  Despite injuries to numerous players, the Penguins stood 29-12-5 on January 14.  After beating Toronto on February 18, they were atop the Metropolitan Division with a 37-15-6 record.  The bottom then seemed to fall out.

"January was so long ago it's hard to even tie it to this point with everything that's gone on," Sullivan said.  "I don't know how to answer your question."

Letang believes it's unfair to compare then and now.

"Yeah, we had good moments, but you're talking about like seven months ago, eight months ago," Letang said. "I don't think you can associate with what just happened with our regular season.  You have to evaulate the season and the summer playoff as two different things."

The series loss will have the Penguins in the running for the first overall pick in the draft.  They will have a 12.5% chance of winning Monday's draft lottery.