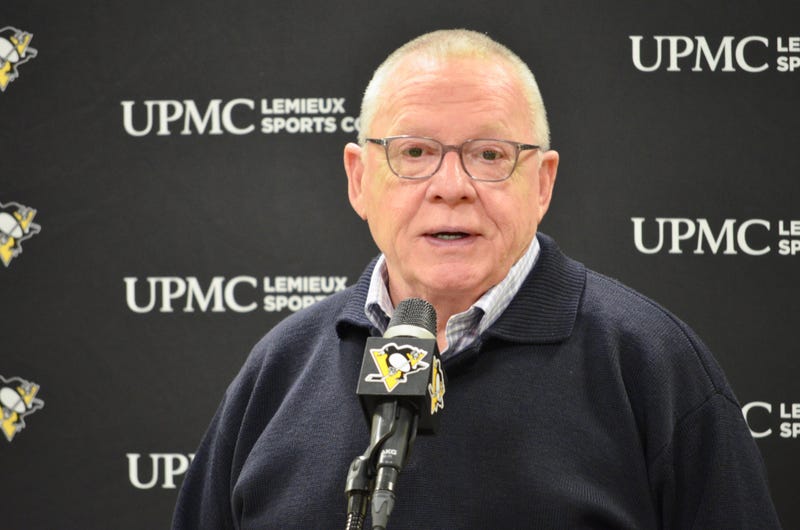 PITTSBURGH (93.7 The Fan) - The Penguins have had quite a bit of time off to get healthy when the playoffs begin with a series against the Montreal Canadiens, but some players won’t be on the ice when play resumes.

Penguins General Manager Jim Rutherford confirmed during a conference call Wednesday that forward Nick Bjugstad suffered a setback in his recovery and will miss the remainder of the season.

Bjugstad suffered a core injury back in November and once again had to have surgery after the setback.

It was announced a couple weeks ago that forward Dominik Simon had shoulder surgery on May 14 and will also miss the remainder of the season.

While it is not yet know when the playoffs will begin, the Penguins are hopeful that forward Jake Guentzel will be available against Montreal.

"We still have a ways to go before we start playing, so we are optimistic that he will be available to play," Rutherford said.

Rutherford also said he hasn’t heard of any players who are concerned with coronavirus fears.

NHL Commissioner Gary Bettman announced Tuesday that the remainder of the regular season was officially canceled and 24 teams will participate in the playoffs.

The Penguins will have to play a best-of-five series against the Canadiens to move into the official first round of the playoffs.

"I think the league and players did a good job under these circumstances," Rutherford said. "There are a lot of different things that go into making these decisions."

Pittsburgh is also one of 10 teams considered to be a “hub” city for the playoffs.

Each conference will have its own hub city.