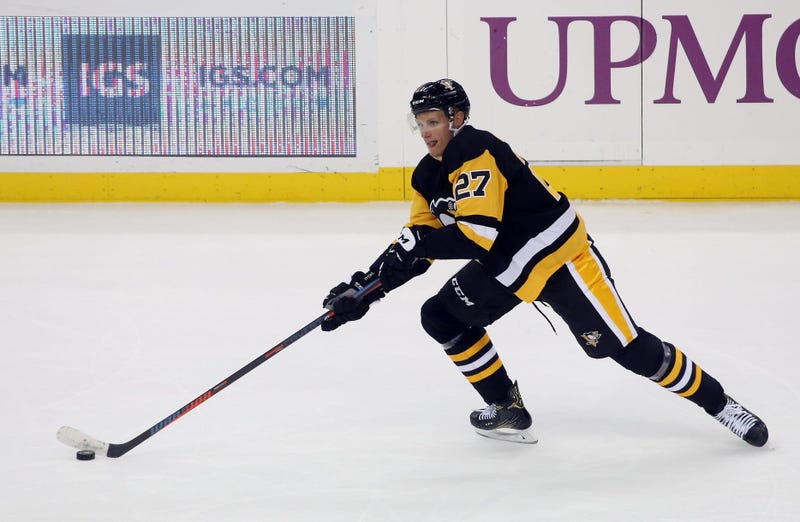 Coach Mike Sullivan said Tuesday that center Nick Bjugstad will be out longer-term and is still being evaluated after he suffered an injury during Friday’s game.

Bjugstad has 1 goal in 10 games so far this season.

Injury updates from Coach Sullivan:1. Bjugstad - Still being evaluated, longer-term.2. Hornqvist - Won't play tonight, but is getting closer to return.3. Letang - Skating on his own and making progress, but not joining team practice quite yet. pic.twitter.com/gdZGRP4zQD

There was some encouraging news from Sullivan.

Winger Patric Hornqvist won’t play Tuesday evening against the New York Islanders but “is getting closer to return.”

Hornqvist suffered a lower-body injury during the November game against Edmonton.

He has five goals and five assists in 14 games.

Defenseman Kris Letang skated on his own and is “making progress” but still hasn’t joined team practices.

Last week captain Sidney Crosby had surgery to repair a sports hernia. He is expected to be out through December.