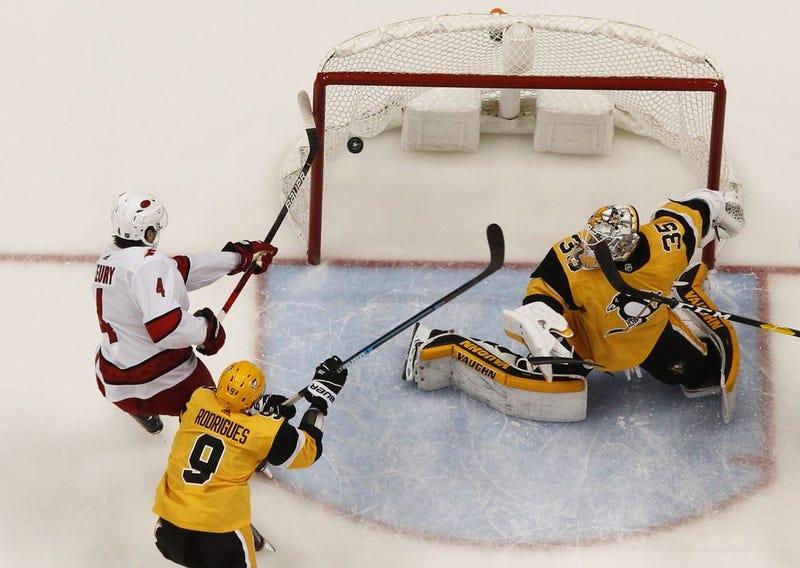 Through two periods of Sunday's loss to Carolina, the Penguins had given the puck away 16 times. Their opponent, Carolina? Twice.

An abysmal effort, even despite a strong start, plaged Pittsburgh in its 6-2 loss, a day after losing to rival Washington 5-2. Both games were at home. Both games were critical to the Penguins' playoff positioning.

And Pittsburgh coach Mike Sullivan, it seems, has seen enough.

“I think our team looks disconnected,” Sullivan said after his team lost for an eighth time in ten tries. “You have to play as a group of five. The league is too hard. You can't think you can go through five guys and score. We have to get back to a team game, the responsibility falls on me. I have to get them to buy into the message."

Not only does Sullivan feel the team isn’t playing in sync on the ice, but he also seemed to question the overall mentality of his players.

“It’s the mindset going into games and then responding to adversities in the ebbs and flows of the games. I think w’eve got to do a better job managing those. It’ll give us a better opportunity to get to our game.”

In what should be a desperate time of year, the Penguins continued to slide further out of the Metropolitan division chase.

“I think its effort and its execution,” forward Jason Zucker said. “Even if you have a good effort, its about making a play. You can work as hard as you want, but if you're not making the right plays and executing, you're not going to win games.”

“We’ve got to compete harder,” defenseman Justin Schultz siad. “Harder and smarter We know how to do it. We’ve just got to get back to it.”

The Penguins, following the loss, sit five points out of the top spot in the division. It’s not, by any means, an insurmountable climb, but this team is making it look impossible.

“We’re obviously not thrilled with the position we’re in over the last few weeks,” Sullivan said. “We’ve all got to take ownership for it and now we’ve got to take responsibility to pull ourselves out of it.

“I really believe in this group of players. I think we have what it takes. We have to find a way to pull ourselves together.”