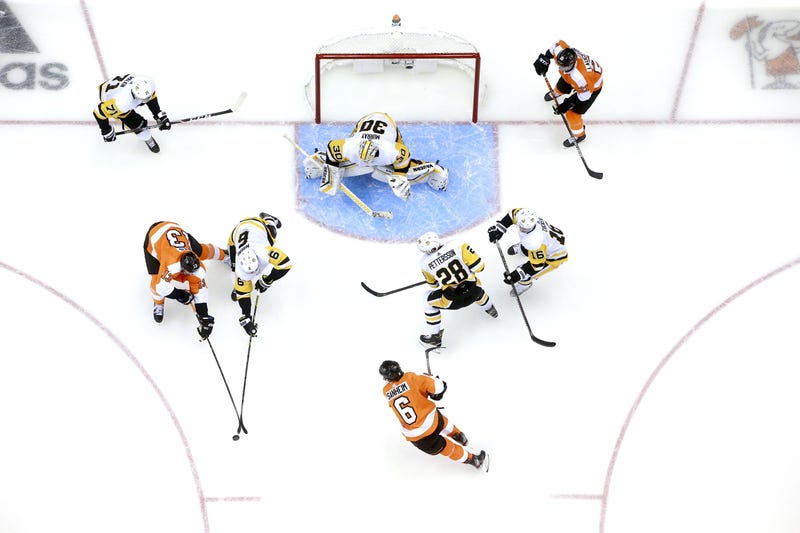 Toronto (93.7 The Fan) - The power play sputtered in the Penguins' lone exhibition game Tuesday, and coach Mike Sullivan made his feelings known following the 3-2, overtime loss to the Flyers in Toronto.

"My impression of the power play is we need to be a whole lot better," Sullivan said.  "We've got a ways to go to get it firing on all cylinders.  I think we all have to go back to work in practice and make sure we get better at it.  I think it will improve.  I know these guys are proud guys. They want it to be successful.  For me, the solutions are in simplifying the game.  We'll go back to work and get it moving in the right direction."

The Penguins finished 0-3 with the man advantage, and Sidney Crosby shared his coach's opinion.

"It's going to be a challenge for everybody," Crosby said.  "There's going to be rust, and you have to understand that.  We're going to have to make sure we simplify things.  It can definitely get better."

Conor Sheary and Jason Zucker scored for Pittsburgh.  Scott Laughton netted the game winner against Tristan Jarry at 2:40 of the 3-on-3 overtime.  Sean Couturier and Kevin Hayes scored against Matt Murray in the first period.

Jarry stopped nine shots before Laughton's goal.  Murray, who played until midway through the second period, made 10 saves.

"It was good to see some traffic, some game-like scenario," Murray said. "I thought the team did a really good job for the most part keeping guys to the outside.  I was able to feel the puck a little bit and see some traffic, which was good."

Sullivan believes the Penguins left themselves plenty of room for improvement for when they face Montreal in the qualifying round beginning Saturday.

"I thought it was a sloppy game, especially in the first couple of periods," Sullivan said.  "I guess it's probably to be expected given the fact these guys haven't played in quite a while.  I thought the second half of the game we improved."

Murray was just happy to be back in game action for the first time in 20 weeks, even if it was without fans and in a loss.

"It was a ton of fun.  I know I had a blast, and it seemed like everybody else was, too."