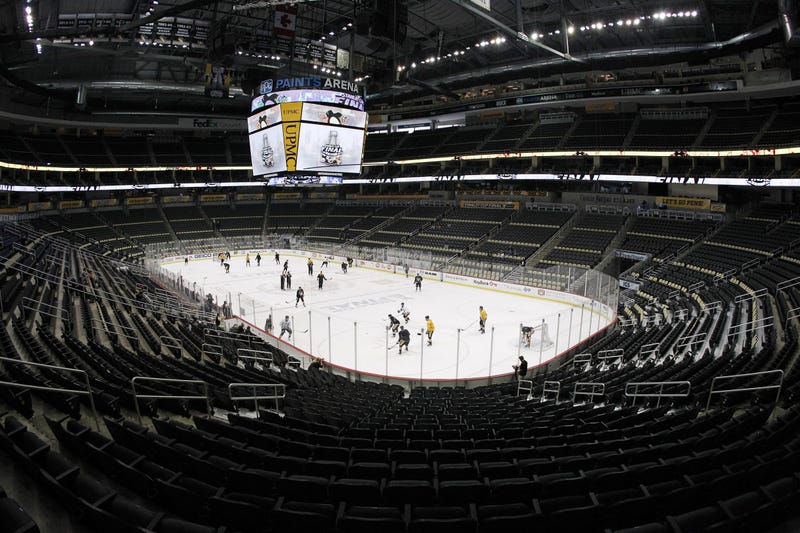 PITTSBURGH (Newsradio 1020 KDKA) - The Pittsburgh Penguins and Pitt Panthers are participating in Black Out Tuesday on social media.

The online effort was started by people in the music industry to protest racism and police brutality after the death of George Floyd while in police custody last week.

Those participating are posting an all-black image.

Many employees in the music industry have been given the day off as “a day of action” to “provoke accountability and change.”

The Penguins posted on their social media accounts and all-black image that says “Black Lives Matter” with the hashtag BlackOutTuesday.

The Penguins also released the following statement on Monday:

This has been a horrible time for our country and our sity. We all are appalled by senseless violence and share the outrage that racism and social injustice continue to permeate our society. The killing of Mr. Floyd impacted us all.

Moving forward from this moment and after the violence that took place in our own city on Saturday, we must work together to ensure that we always treat each other with dignity, respect, and a spirit of understanding.

Let’s all be better together. Starting right now.

A largely peaceful protest on Saturday erupted in violence near PPG Paints Arena with a police car engulfed in flames and the Mario Lemieux statue and near-by wall outside the arena vandalized with red spray paint.
___Listen to 93.7 The Fan on the RADIO.COM AppTell your smart speaker to "play Ninety Three Seven The Fan"Receive email updates from 93.7 The FanFollow 93.7 The Fan: Facebook | Twitter | Instagram