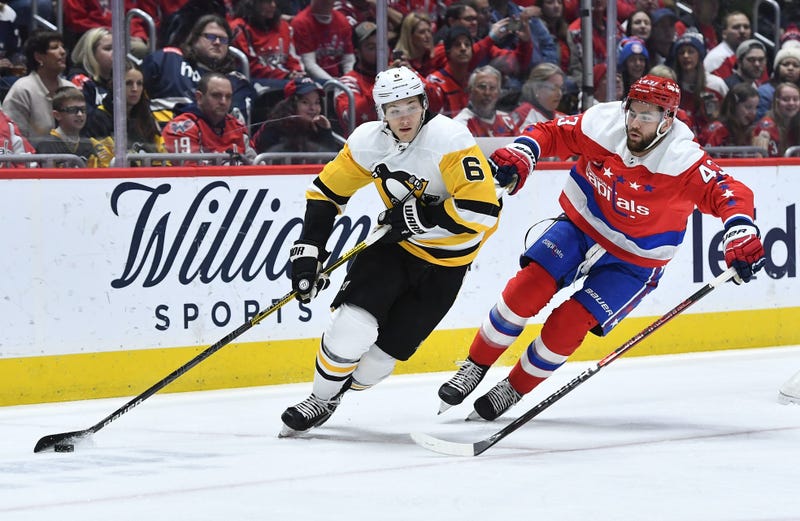 Marino, who has become a mainstay in Pittsburgh’s lineup — racking up five goals and 20 assists — was hit in the face with a puck in Thursday’s loss at Tampa.

As far as a time timetable for a return for Marino?

“I haven’t found out yet,” Sullivan said, adding that he would not speculate on if the injury could be season ending.

Sullivan was unwilling to answer what the exact purpose of the surgery is going to be.

“I’m not going to get into the details of what’s being done. He’s having surgery this afternoon, to repair.”

The injury is the latest in a season that has seen the Penguins hit with more ailments than any other season previous. The resiliency, Sullivan hopes, will remain the same.

“There’s an opportunity for other guys to step up and that’s been the mindset all year,” Sullivan said. “Regardless of the position, when injuries occur, it’s going to provide opportunities for others to step up and continue to move this team forward.

Speculation is that the injury is to Marino’s cheekbone.

“Fortunately it didn’t hit him in the eye,” fellow defenseman Jack Johnson said. “That’s the one thing that you’re hoping for. If it hits you anywhere else, it’s fixable. We just hope to get him back as soon as we can.”

“He’s going to be fine,” said forward Zach Aston-Reese, who had his 2017-2018 season ended on a hit from Capitals forward Tom Wilson that broke his jaw. “The medical staff and the strength staff will keep him in shape and he’ll be back, stronger. He won’t miss a beat.”

Marino’s production has certainly been welcomed, but is not totally unable to be replaced. The Penguins will turn to the likes of Chad Ruhwedel and Juuso Riikola to play enhanced roles with Marino sidelined.

“We’ve been dealing with it all year,” Ruhwedel said. “Guys have had to step up and play more minutes. We’ve lost some key parts to this team throughout the season. But it hasn’t deterred us.”