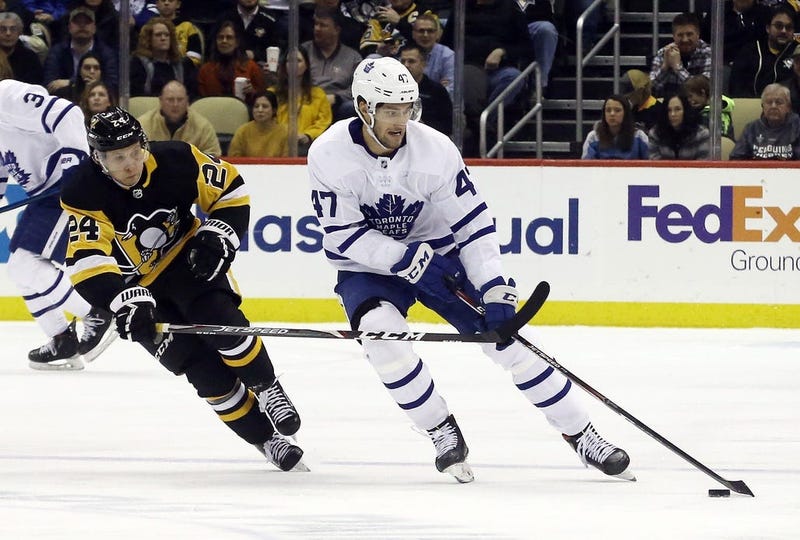 Dominik Kahun is back on the shelf, but it appears serious injury may have been avoided.

The Penguins winger missed nearly a month of action with a concussion, but returned to play in the last two games — both against Toronto — before being re-injured when he blocked a shot in Thursday night’s loss to the Maple Leafs.

“Right now, his status is just day-to-day,” Penguins coach Mike Sullivan said Friday. “We’ll take each day as it comes, we’ll see how he is tomorrow. He’ll be a game-time decision.”

The Penguins host Buffalo on Saturday at 1 p.m.

When he has been in the lineup, Kahun has been able to produce, scoring ten goals and assisting 17 more in 50 games this season.

Taking Kahun’s spot on Pittsburgh second line in practice Friday was Anthony Angelo, who was a late addition to the Penguins’ lineup Tuesday when Evgeni Malkin missed the game with illness.

Angello scored his first career goal in place of Malkin, who centered a line with Angello and Rust during Friday’s skate.