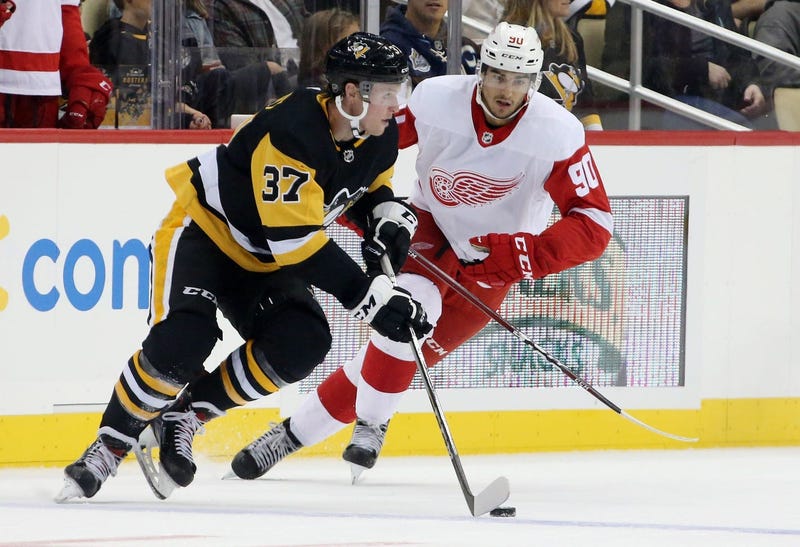 October 7, 2019 10/07/2019 10:19 pm
PITTSBURGH (93.7 The Fan) - With centers Evgeni Malkin and Nick Bjugstad on injured reserve, the Penguins have recalled forwards Sam Lafferty and Andrew Agozzino on an emergency basis from the Wilkes-barre/Scranton Penguins.

The 6-foot-1 Lafftery could make his NHL debut on Tuesday when the Jets come to PPG Paints Arena.

The 24-year-old led the team with 36 assists last season and was second in scoring 49 points.

Agozzino signed a two-year contract with the Penguins on July 1 as a free agent and is an alternate captain for the WBS Pens.

The 5-foot-10 Agozzino played the last two seasons in the Colorado Avalanche organization.

Last season Agozzino played in 56 games with 26 goals and 34 assists. He played in 11 games with the Avalanche last year scoring one goal and one assist.