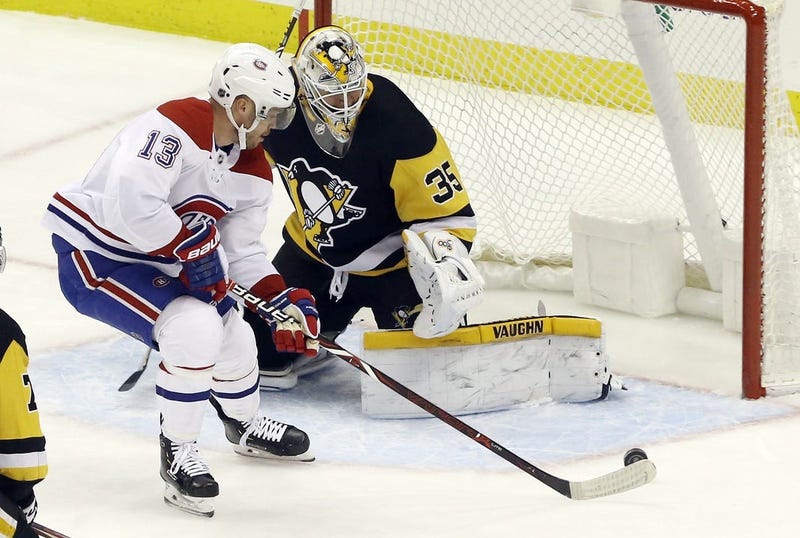 PITTSBURGH (93.7 The Fan) On Saturday Aug. 1, the Pittsburgh Penguins will faceoff against the Montreal Canadiens in a best-of-five Stanley Cup Qualifiers series, held in Toronto, Ontario.

The Canadiens have been one of the most dominant teams in NHL history, winning a record 23 Stanley Cups and only missing the playoffs 18 times since their conception in 1917.

Out of the 83 playoff appearances the Canadiens have made, they only crossed paths with the Penguins twice.

The Penguins would be the losers in both matchups; First during the 1998 playoffs the Canadiens won in six games, then again in 2010 winning in seven games, and the last played in Mellon Arena.

The 1997-98 season was the first after Mario Lemieux announced his first retirement, and the captaincy was filled by Ron Francis.

In the first round series, Jaromir Jagr led both teams with nine points, and current Penguins’ assistant coach Mark Recchi lead the Canadiens with three goals.

The Canadiens won the series 4-2.

In 2010 the Penguins were looking to defend their Stanley Cup run, but fell short in a seven game battle against Jaroslav Halak in net for the Canadiens.

Halak made a total of 209 saves through all seven games.

The Penguins look to turn their fortunes against the Canadiens when the post-season kicks off on Saturday.

The Penguins were 2-1 against Montreal during the regular season, one of the wins coming in overtime.

The biggest question surrounding the Penguins going into the series is who will start as goalie, Matt Murray or Tristan Jarry?

It seems like that question is yet to have a solid answer.
___Listen to KDKA Radio on the RADIO.COM AppTell your smart speaker to "play News Radio 10 20 KDKA"Receive email updates from KDKA RadioFollow KDKA Radio: Facebook | Twitter | Instagram