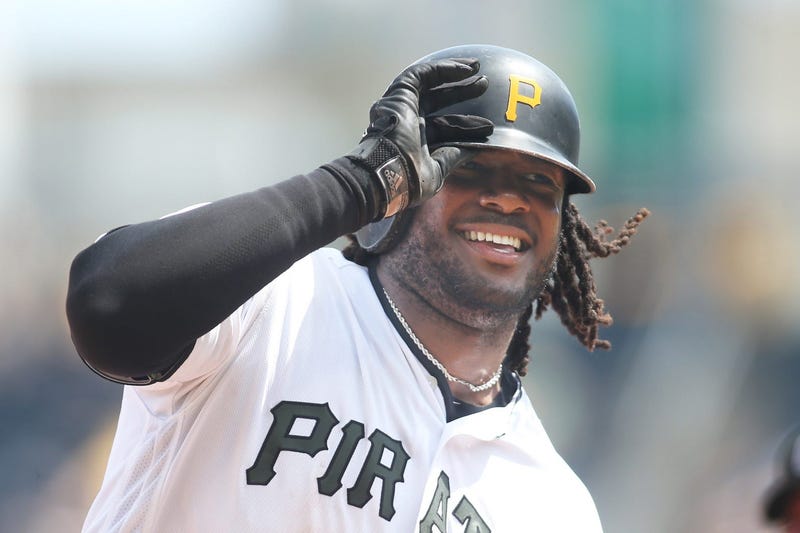 PITTSBURGH (93.7 the Fan) – Josh Bell has two games this month without a hit.  That might be the easier story than to chronicle what the National League Player of the Week has done in May and all year.

“It’s crazy,” Bell said.  “I try not to think too much about it.  But it’s awesome to be compared in the same sentence as greats like that.  Hopefully there is more to come.”

“It seems like the game is slowing down a little bit,” Bell said.  “I’m just trying to stay right here and stick to the attack plan for every pitcher and sell out to it, focus on timing and go from there.”

“It’s just trusting the swing,” Bell added of what is working for him right now.  “I know that baseball is tough.  I’m going to foul off ball I should hammer.  I’m going to get hits on ball that I shouldn’t even swing at.”

“The game is crazy.  I’m just going to stick to my approach and at the end of the day if I do that, I‘m in a good place.”