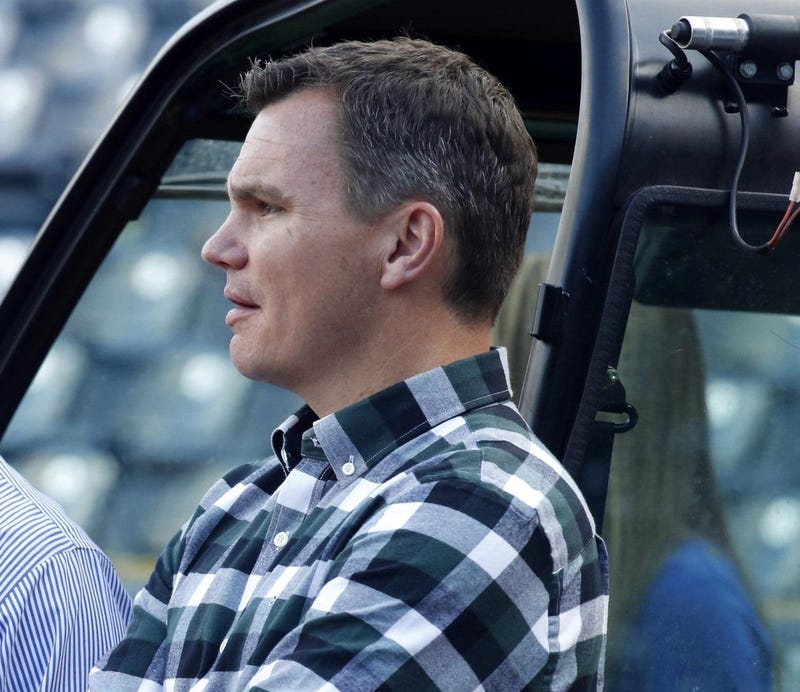 Pittsburgh (93.7 The Fan) - It wasn't by design that the Pirates selected five right-handed pitchers among their six draft choices.

"That's the way it played out," said Ben Cherington after his first draft as Pirates general manager. "As we got into each round it just happened that the top guy left on the board in some of those rounds was a right-handed pitcher. We weren't thinking about anything other than taking the best player available with our pick."

With their second round selection (44th overall) they took Jared Jones from La Mirada High School in California.  He's someone that amateur scouting director Joe Dellicarri and his staff know quite well.

"We've seen Jared for a long time, since his freshman year of high school," said Dellicarri.  "Unique athleticism, arm speed, pitches, competitor.  A lot of really good traits to like and have liked for a long time."

With their 2nd-round pick (No. 44 overall) of the 2020 #MLBDraft, the #Pirates select La Mirada HS RHP Jared Jones, No. 55 on the Top 200 Draft Prospects list: https://t.co/WCxgBPRj4KWatch live: https://t.co/cmm19LFrdg pic.twitter.com/ksVca7avc0

In round three, the Pirates selected Nick Garcia, who pitched for Chapman University, a Division III school in California.  MLB Network draft analyst Dan O'Dowd, former general manager of the Colorado Rockies, raved about Garcia's upside and said the Pirates "are getting truly a first-round talent in the third round."  He went so far as to compare Garcia to Hall-of-Famer John Smoltz.

Dellicarri was a bit more reserved, though understandably excited, about his potential.

"Nick Garcia is a classic coming-into-his own position player now getting a chance to pitch.  Again, size--the way it works--and athleticism."

Cherington himself is a former Division III player.

"Nick's a a much different animal than I certainly was or anyone I can remember playing with there," Cherington said with a laugh.  "I guess it probably makes you wonder how he ended up there. Look, wherever you're playing, wherever it is, whatever it is, there are opportunities to get better. You take your talent and look for ways to get better."

Garcia, Jones and Mlodzinski all were position players before focusing on the mound.

With their 3rd-round pick (No. 79 overall) of the 2020 #MLBDraft, the #Pirates select @Chapmansports RHP Nick Garcia, No. 70 on the Top 200 Draft Prospects list: https://t.co/VBHv9GNsUuWatch live: https://t.co/cmm19LX2BQ pic.twitter.com/AGMOQHzqrg

Fourth-round pick Jack Hartman, a senior at Appalachian State, and fifth rounder Logan Hofmann out of Northwestern State, while posting impressive statistics in college, were likely selected with other players in mind.

MLB Network analyst Jim Callis believes they give the Pirates flexibility with their $11,154,500 bonus pool.

“I think what they’re doing with Logan Hofmann and Jack Hartman is they’re saving some money here to pay Mlodzinski in the competitive balance round and Jared Jones in the second round," said Callis.

"The first four guys we took ranked really highly on our board, including the three pitchers, and then the last couple pitchers there are interesting guys with really good stuff and swing and miss abilities."