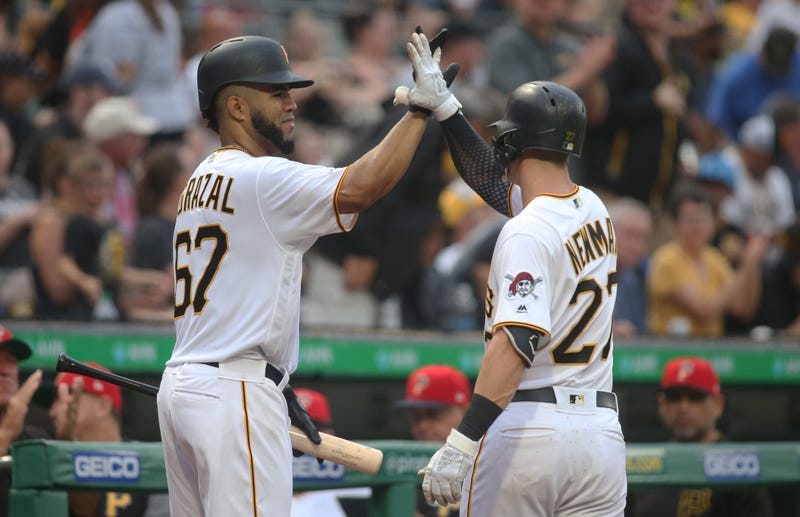 PITTSBURGH (93.7 The Fan) - After a 2 hour and 30 minute rain delay to start the game Saturday afternoon, the Pittsburgh Pirates and Milwaukee Brewers didn't waste any time in putting runs up on the scoreboard.

Mike Moustakas gave the Brewers an early 1-0 lead in the first inning, but the Pirates responded quickly with four runs of their own in the bottom of the inning, including a 2-run single from Kevin Newman.

Newman added a solo home run in the bottom of the 4th inning.  The Pirates put the game away in the final few innings as Starling Marte brought home two on a Triple in the 6th and an RBI Single in the 8th.  Also, in the 8th, Colin Moran brought home two on an RBI Single and Melky Cabrera belted a two run home run to right field to finish off the scoring for Pittsburgh as the Pirates evened up the series with a 12-2 victory over Milwaukee Saturday night at PNC Park.

Pirates Outfielder Corey Dickerson was removed from the game Saturday night in the Top of the 7th with what was described as right groin discomfort.  And after the game he seemed to believe that it was just as a precaution and will see how he is feeling tomorrow.