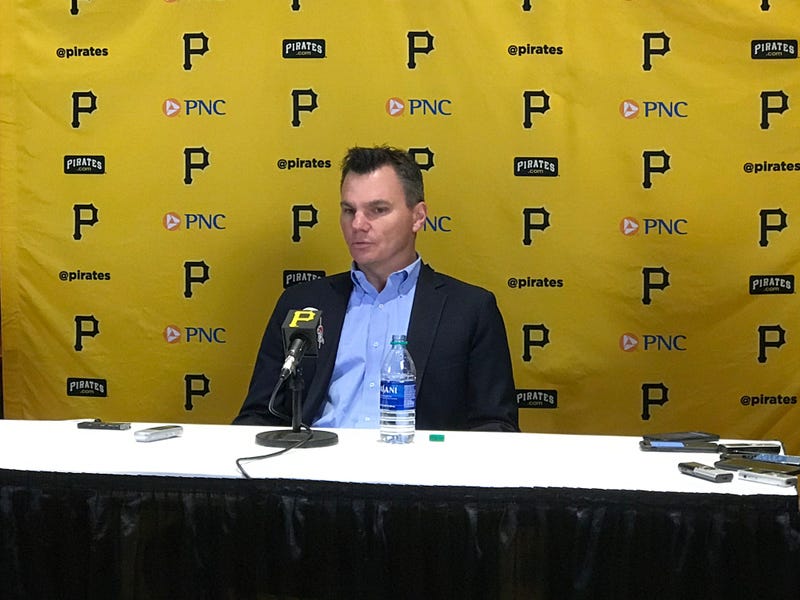 Whether one of the team’s best players will ever wear them seems to be in serious question.

Outfielder Starling Marte is on the trade block, and a report from MLB Network’s Jon Heyman Friday says that talks are “intensifying.”

While Mets and Pirates remain engaged, there’s still plenty of work to be done there. Latest Pitt ask said to be steep. Not sure he’s in the request but top SS prospect Ronny Mauricio interests Pitt. SD, maybe AZ and TEX could also be in play.

Marte, 31, belted 23 home runs and drove in 82 RBI for the Pirates last season. But with two years left on his contract, one that is scheduled to pay him $24 million over the next two seasons, word is out that the Pirates are willing to depart with one of the more productive players this millennium.

“If we think about building a team that has a chance to play meaningful games in September and October, has a chance to sustain winning, we need more players with more collective upside,” Pirates general manager Ben Cherington said Friday. “We’re excited about the players that we have, we’re excited about working with our current players to tap into their upside. But we need more of them.

Heyman reports that the Mets and Padres are the frontrunners for Marte at this point.

Cherington was asked if he anticipates the club making a ‘major’ deal before Spring Training begins in less than three weeks.

“I don’t know, define ‘major?’,” he responded. “We’re focused on opportunities in free agency that, whether it’s Major League or minor league, we think either fit a need or present an opportunity to make help make the Pirates better.”

Cherington did not want to label the significance of moves as they pertain to public opinion, but added that the team is “definitely engaged on a number of things.”

The team’s new manager, Derek Shelton, is anticipating having Marte around, at least until he isn’t.

“The way I’m planning right now, for our season, is for the guys that are on our 40-man roster and we’ve invited to Spring Training, we’re going to plan on putting them in," he said. "If that changes over the course of the next month, the next four months, whatever, we’ll adjust and go off that.”