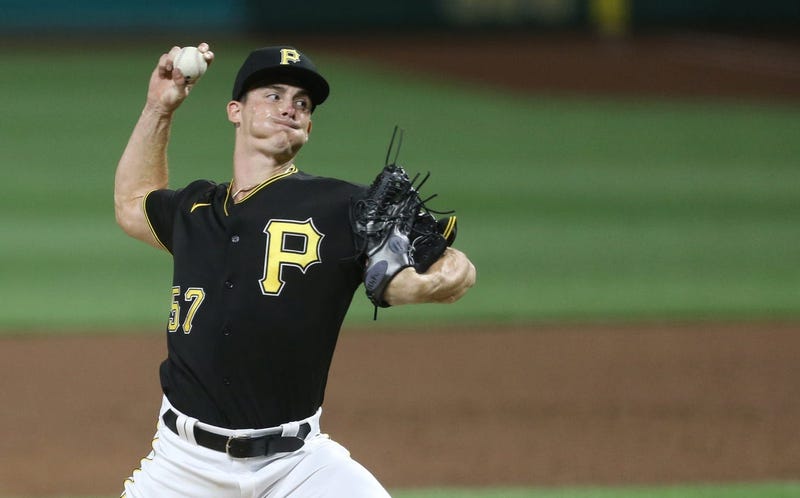 "Nick described to us yesterday after Monday's outing that the elbow just didn't feel right," Tomczyk said.  "We brought him home and had him evaluated by our physicians.  Unfortunately, his shortened-season is over."

Burdi was the losing pitcher in Minnesota on Monday.  In three games, he was 0-1 with a 3.86 ERA.   He recorded his first major league save vs the Brewers on July 28.

Burdi, 27, missed most of the 2019 season after undergoing thoracic outlet syndrome surgery.  In 2017, while in the Twins organization, he underwent Tommy John surgery.

Tomczyk said it's too early to know the extent of this latest injury.

"At this point to speculate that this is anything but a right elbow injury I don't think is accurate," Tomczyk said.  "We need to make sure we go through a comprehensive exam, both locally here and with the surgeon who did his operation before we give an official prognosis."

Burdi was placed on the 45-day injured list.  The Pirates activated infielder JT Riddle from the IL.

Additional moves will have to be made by noon Thursday when teams must reduce rosters from 30 players to 28.