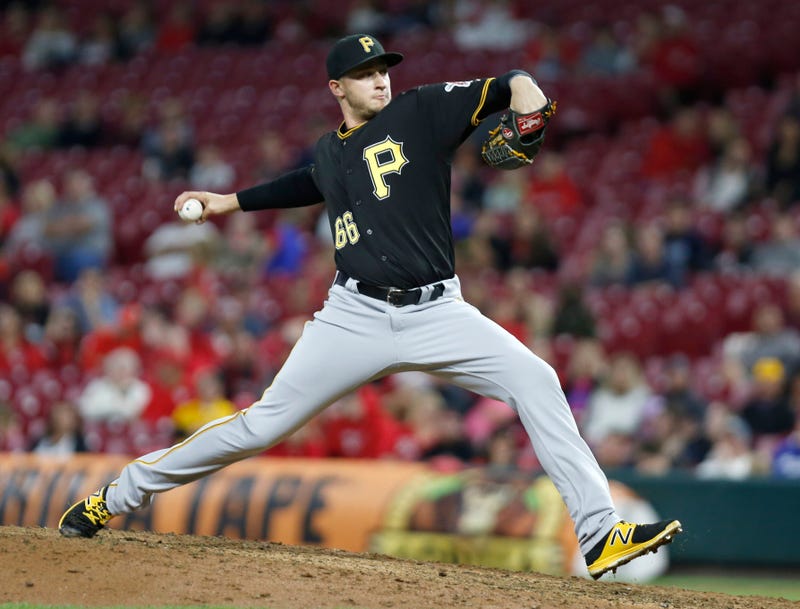 PITTSBURGH (93.7 The Fan) – Prior to the start of their game on Saturday night the Pirates announced a handful of roster moves that involve the clubs ongoing problem of the pitching staff not being able to stay healthy. Pittsburgh recalled the contract of right handed relief pitcher Dovydas Neverauskas and selected the contract of right handed starting pitcher Rookie Davis. Both were with Triple-A Indianapolis prior to the move.

In three big league appearances this season, Neverauskas has allowed seven earned runs on six hits in just 1.2 innings of work (37.80 ERA). Davis has yet to pitch in the major leagues this season. His last outing in the big leagues dates back to 2017 when he was with the Cincinnati Reds. In the seven starts Davis made in Indianapolis, he went 1-3 with a 5.35 ERA.

Right hander, Michael Feliz, who started against the Dodgers on Friday has been optioned to Triple-A while recently acquired righty Chris Stratton was placed on the 10-day Injured List with right side discomfort. The team also moved outfielder Lonnie Chisenhall (calf) from the 10-day IL to the 60-day IL. Chisenhall has yet to play a game for the Pirates since being signed by the club last off season.