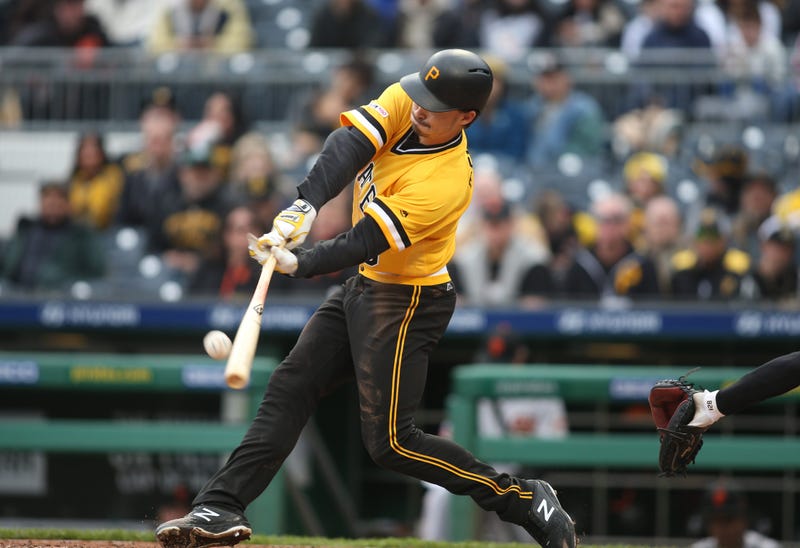 PITTSBURGH (93.7 The Fan) – After taking two games out of three from San Francisco the Pirates will begin a four game series against Arizona tonight at home at 7:05 p.m. On Sunday, the Pittsburgh (12-7) had its five game win-streak snapped, after a Buster Posey home run lifted the Giants to a 3-2 win. Despite the loss, the Pirates enter Monday with the best record in the National League and sole possession of first place in the NL Central Division. The Diamondbacks (11-11) enter this evening in third place of the NL West, just 3.0 games behind the Dodgers who are at the top of the standings.

On the mound tonight for the Bucs will be right hander, Joe Musgrove. Musgrove enters his forth start of the 2019 season with a major league best 0.81 ERA, along with a record of 1-1. In his last outing, Musgrove allowed both the earned runs that the opposition has scored on his this season, going seven innings in the Bucs 3-2 win over Detroit on April 16. Musgrove was dealt a no decision.

The month of April is a time that Musgrove is more than comfortable. His 3.06 ERA, .658 OPS against and .271 BABIP against are all personal bests when dividing up his month by month splits. Musgrove’s strong start this season only adds to that notion.

Opposing Musgrove will be right hander, Zack Godley. In four starts this season, Godley has gone 1-1 with a 6.25 ERA. Godley is coming off a decent outing, where he allowed just two runs on five hits and two walks in six innings of work against the Atlanta Braves on April 17. Godley has three career outings against the Pirates, including two starts where he has a record of 1-0, with 3.86 ERA.

In the field, Gregory Polanco and Elias Diaz will both return from the Injured list to make their first starts of the season at right field and behind the plate. Adam Frazier is also back in the lineup for the Pirates, hitting leadoff and playing second base after missing some time due to back spasms. Rookies Bryan Reynolds and Cole Tucker will each start their third straight games since being called up to the major leagues on Saturday. Reynolds had three hits in the Pirates loss on Sunday while Tucker hit a game winning, two-run home run in the Bucs 3-1 victory over San Francisco the day before.