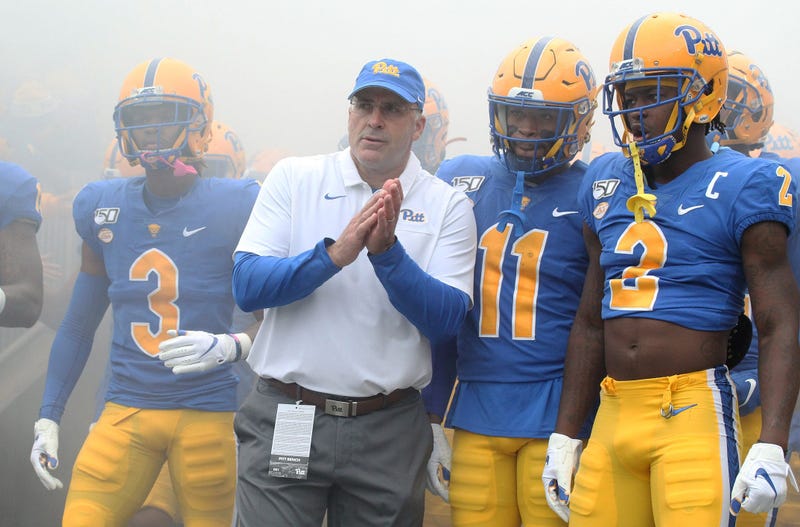 Pittsburgh (93.7 The Fan) - It has been a productive week on the recruiting trail for Pat Narduzzi and the Panthers coaching staff.  Three players announced they will play at Pitt, bringing to six the number of verbal commitments in the class of 2021.

Rankl, a three-star recruit, is a 6-foot-6, 280- pound tackle from Massillon, Ohio.  He is the first lineman to commit in the class.

Stevenson, from Hampton, Virginia, is a 6-foot-4, 217-pound outside linebacker.  He originally committed to Old Dominion.  He is a three-star recruit.

Bradley plays at DeMatha Catholic in suburban Washington D.C.  He is listed at 6-foot-4, 190 pounds and is a three-star recruit.

A Narduzzi tweet Thursday evening indicated he had received another commitment.  The identity of that player isn't yet known.