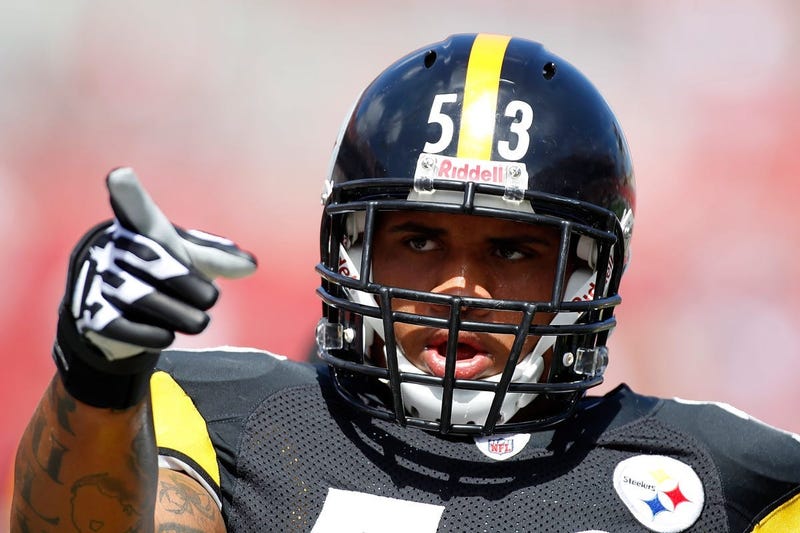 (93.7 The Fan/AP) - Steelers center Maurkice Pouncey has unloaded on the proposed CBA agreement.

In an expletive-laden rant posted to his Instagram story, Pouncey said “I vote no.”

“They ain’t looking out for the best of the players, if ya’ll want my vote, the Pouncey twins vote no,” added Pouncey.

He went on to say if any player was hurting for anything like rent money they can reach out to him.

Pouncey encouraged the NFL’s player reps to all vote no and they are trying to rush a deal through so officials can say they got something done.

The new CBA calls for a 17-game regular season, which is expected to begin in 2021; more roster spots; a shortened preseason; a higher percentage of revenues for players; and upgraded pensions for former players. The owners approved it last Thursday, though not unanimously.

It seems certain the players will accept the deal, or else their leadership would not likely have made this move.

The NFL Players Association's executive committee voted 6-5 against the contract on Friday. The 32 player reps postponed any action while seeking a meeting with the league, which occurred in Indianapolis on Tuesday.

The current collective bargaining agreement expires in March 2021, but the owners are eager to get a new contract in place as soon as possible. That would enable them to begin looking toward new, lucrative broadcast deals, with a decade of labor peace assured.

But the players didn't appear to be in a rush to approve the new agreement that is the result of 10 months of negotiations between the sides. Indeed, several player reps last Friday night were adamant that more negotiating is needed.

The diciest topic has been a 17-game schedule. Players have been firm and loud in opposition for years — dating to before the 2011 lockout that ended with an agreement to the current labor deal. Mainly, the players have been citing safety reasons for not extending the regular season.

Owners have offered, among other things, two more roster spots, which some players believe isn't enough, and a reduction of the preseason from four games to three.

Players also would have significantly fewer requirements in the offseason and in training camp.

This agreement, which would run through the 2030 season, also includes a boost in payment of overall revenues to the players. The amounts would depend on whether the season is 16 or 17 games.

Expansion of the playoffs by one team in each conference is not a bargaining issue, but the owners would prefer player approval of a new CBA before instituting it. Still, that could occur for the upcoming season; the NFL has discussed a 14-team postseason field for years, and Commissioner Roger Goodell as far back as 2014 spoke of it happening.

Other items in the deal the owners approved include:

— A cap on the number of international games and that there would not be a full week of such contests. More likely is a continued mix of games in England (and other European sites) and Mexico. Most team schedules will have nine home games and eight road games in alternating years.

— Training camp padded practices would be reduced from a total of 28 to 16. A five-day acclimation period would precede summer practices. There would be more days off during camp — eight instead of five — and a limit on joint practices.

— No extra bye week in the regular season, something that had been discussed. However, teams would basically have two weeks to prepare for the season opener with the elimination of the fourth preseason game.

— Rosters would expand from 53 to 55, with 48 players able to dress for games rather than the current 46. Practice squads would go from 10 players to 12 and eventually to 14, probably by 2022. There would be more flexibility for protecting practice-squad players from becoming free agents.