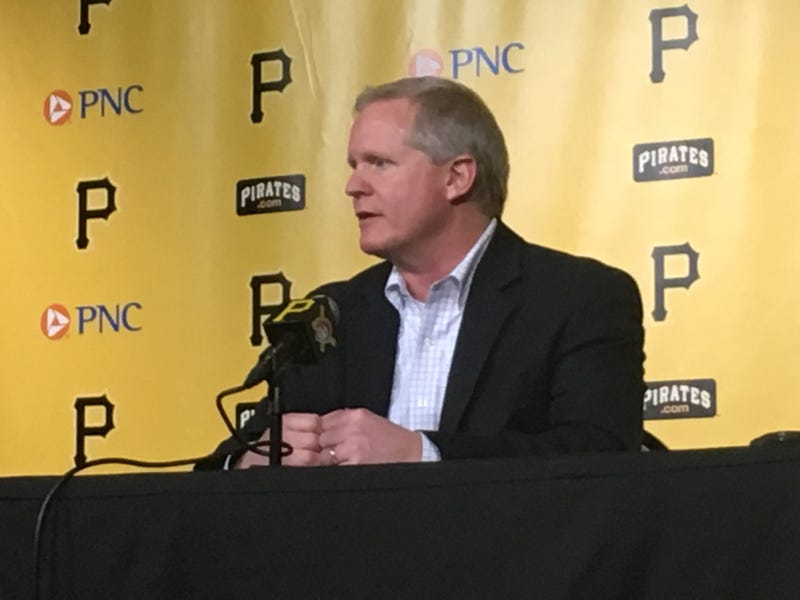 Mackey says, “As I understand it, this was Bob Nutting driving the decision. He met with Neal Huntington yesterday afternoon and let him know.”

As I understand it, this was Bob Nutting driving the decision. He met with Neal Huntington yesterday afternoon and let him know.

During his appearance on The Fan Morning Show, Mackey continued on Nutting being the one to make the decision.

"Bob Nutting is not happy. We've heard quite a bit of that. I would say Bob Nutting is the one driving the bus on this one because basically he's the only one left."

So what's the next step for the Pirates? What's the first step for new Pirates president Travis Williams?

"I would imagine the first step for Travis Williams will be to get his feet under him. This move today tells me that Travis Williams has been doing a little bit of that ahead of time. I mean, you just don't walk in the door for the first time and fire a guy. There clearly has been some thought here in the direction of things. I would imagine, polling people around baseball, maybe he has an idea already. I would imagine there are some connections there that people like myself sold sort a little bit in basically coming up with a list and learning what you want to do and learning what you want to be."

"I think the first step is for Travis to figure out what he's doing, gather some intel, talk to some people and then I would imagine get the general manager in there first, unless Travis feels very strongly about somebody to manage the club."

Bob Nutting is also expected to speak at the event but released this statement ahead of time on Huntington:

“I greatly appreciate Neal’s dedication to the Pirates organization and our city over the past 12 seasons. His time with the Pirates should always be remembered for ending a long stretch of futility and bringing Postseason baseball back to Pittsburgh.“This past season was by far the most frustrating and challenging season that I have experienced as owner. It became clear to me as the season progressed that significant change was necessary in order to refresh our entire operations.“The decisions that have been made over the past month were not easy and have been the result of a systematic and thorough review, and further reinforced through multiple conversations with people that I trust and respect throughout baseball.“It was critical that we have our new team president in place to conduct the search for the next leader of our baseball operations department. With the naming of Travis Williams to the position of president today, we will immediately begin the search process. I am confident that we will find the right person.“While we will pause the managerial search process for the time being, we are appreciative of the work that has been done thus far and confident in the candidates available to us. The hiring of a new general manager will only help clarify the situation further for those candidates.”