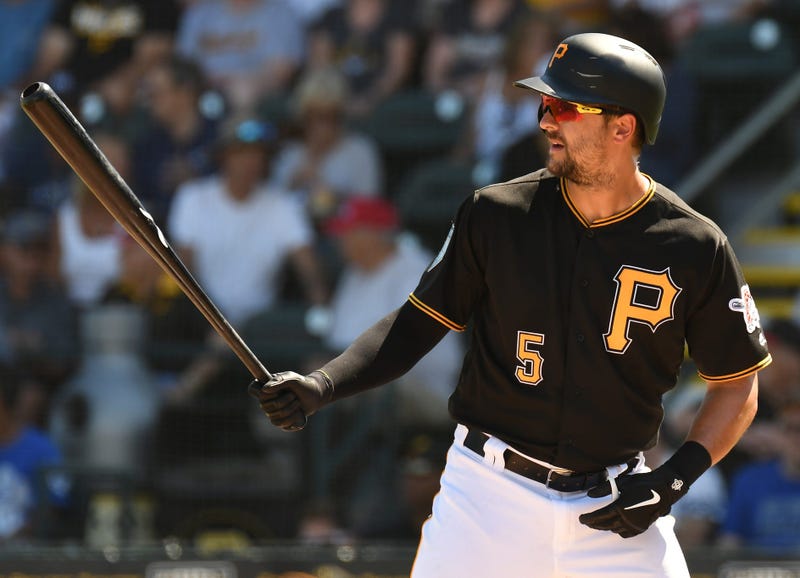 PITTSBURGH (93.7 The Fan) - It looks like the Pirates will have to wait 4-6 weeks to see Lonnie Chisenhall take the field.

Multiple reports say the outfielder has a broken right hand and won’t be able to return until the end of April at the earliest.

The Post-Gazette’s Bill Brink says Chisenhall was hit by a pitch in Houston.

Melky Cabrera will most likely get a majority of the playing time in right field with both Gregory Polanco and now Chisenhall out of the lineup for an extending period.

Chisenhall has had a history of trouble with his calves only playing in 29 games last season and 82 in 2017.

Chisenhall was signed as a free agent by the Pirates after eight years with the Indians.