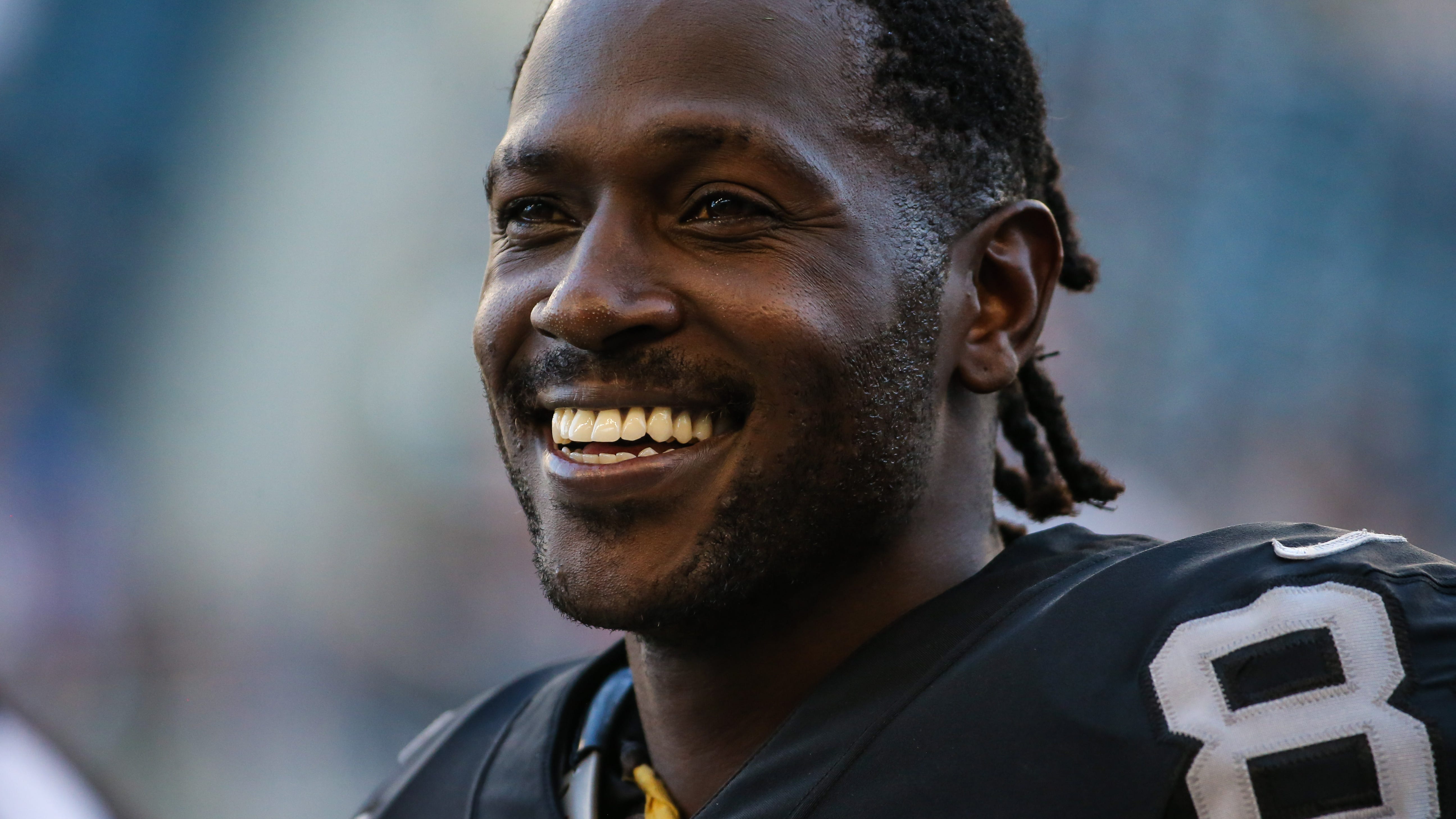 UPDATE: In an unexpected twist, Raiders head coach Jon Gruden announced on Friday that Antonio Brown has returned to the team and will indeed play on Monday night vs. Denver.

(93.7 The Fan) - According to reports the next chapter in the Antonio Brown saga will be a suspension.

ESPN NFL Insider Adam Schefter reports Brown and Raiders’ General Manager Mike Mayock “got into it Wednesday and the team is now planning to suspend its star wide receiver.”

The Next Chapter: Antonio Brown and GM Mike Mayock got into it Wednesday, and the team is now planning to suspend its star wide receiver, league sources tell ESPN.

Vic Tafur, who covers the Raiders for The Athletic tweets that “He was held back by a couple of teammates with one being Vontaze Burfict, sources said.”

Antonio Brown was unhappy about being fined and had an exchange with #Raiders general manager Mike Mayock on Wednesday. He was held back by a couple of teammates, sources said, and is now facing a team suspension.

One of the players holding Antonio Brown back from the near-altercation with GM Mike Mayock was ... Vontaze Burfict.

Mayock addressed the media briefly Thursday afternoon and only said, "Antonio Brown’s not in the building today, he won’t be practicing,” said Mayock. “I don’t have any information for you right now and when I have some and it becomes appropriate you guys will all get it, I promise you, but that’s it for today.”

The Oakland wide receiver posted the letter he received from Raiders General Manager Mike Mayock that reads:
As you know you did not participate in the Raiders’ walk through on August 22. Your absence from practice was unexcused. Accordingly, you are hereby fined $13,950 pursuant to Article 42, Section 1 (a) (viii) of the NFL Collective Bargaining Agreement and the Raiders’ Club Discipline Schedule
You were previously fined $40,000 for missing Raiders’ preseason training camp on August 18. Please be advised that should you continue to miss mandatory team activities, including practices and games, the Raiders reserve the right to impose additional remedies available under the Club’s Discipline Schedule, the CBA and your NFL Player Contract, including but not limited to, additional fines and discipline for engaging in Conduct Detrimental to the Club.

Brown responded with “When your own team want to hate but there’s no stopping me now devil is a lie. Everyone got to pay this year so we clear.”