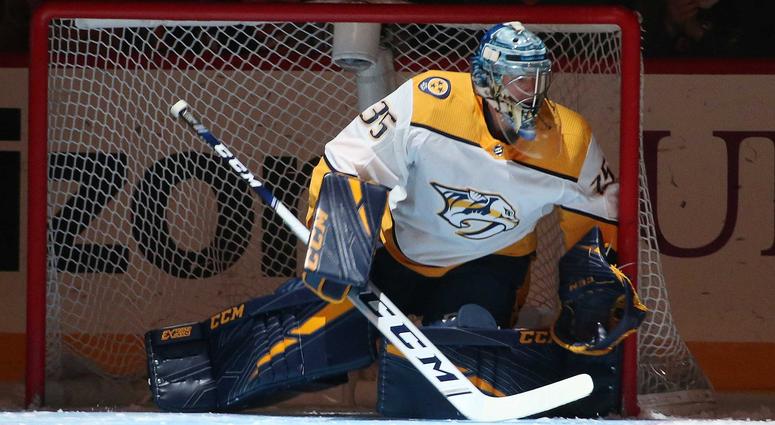 PITTSBURGH (93.7 The Fan) - The Penguins saw their three-game win streak come to an end Friday night after running into a hot goaltender in Nashville's Pekka Rinne.

Rinne faced 43 shots in the 3-1 Predators win, keeping the Penguins scoreless through nearly 59 minutes of game time. Nick Bjugstad scored with 1:03 to play in the game to spoil the shutout.

"Both goalies were good," said Sidney Crosby. "That’s what you expect this time of year, tight hockey. We generated some really good chances, especially in the first (period). He made some really good saves and we didn’t capitalize."

The final two periods were less fruitful in terms of scoring chances. The Penguins had nine shots in the second period and 12 shots in the third.

“I thought we battled hard," said head coach Mike Sullivan. "We had a lot of quality scoring chances. I thought we had some really good chances in the first period. Our power play had probably four grade-A chances. Usually, when we get those kind of looks, we score, and we come out after those first 20 minutes down a goal, but that's the game."

With Friday's loss, the Penguins remain in third in the Metropolitan Division with 95 points. They host Carolina on Sunday at 5:00.